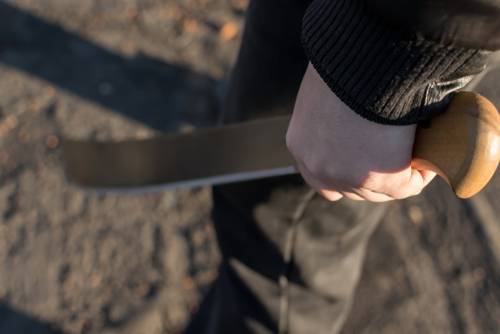 On June 9, 2017, Angel Puga and Sergio Quinonez approached a man working at a food truck and asked for a ride. The man working was an off-duty border patrol agent who was helping his mother at the time with operating the food truck.

The two men told the off-duty agent that they wanted to get a ride to a nearby gas station. However, this ride quickly turned south when the suspicious passengers turned on the driver and threatened his life.

Agent Lorenzo Hernandez, the off-duty agent, was under several threats of violence at the hands of Fernando Angel Puga, 37, and his accomplice Sergio Ivan Quinonez-Venegas. According to court documents and evidence presented at trial, Puga and Quinonez forced the man working at the truck to drive them from El Paso to Las Cruces.

One of the suspects shot Hernandez in the ribs and threatened to kill him. The victim was forced to drive the defendants from El Paso to Las Cruces at gunpoint and knifepoint, and was stabbed multiple times by a machete wielded by Puga.

Hernandez was later taken to the hospital with fractures to his skull and arms.

Puga was found guilty of kidnapping, carjacking, and transportation of a stolen vehicle in interstate commerce. He has remained in federal custody since his arrest. Ashley C. Hoff, U.S. Attorney, said she is thankful Puga will spend a long time behind bars and hopes the victim experiences healing after such a traumatic encounter.

Fortunately, the victim fought off the attackers and managed to escape, and helped law enforcement identify and arrest the defendant. However, this victory doesn’t easily erase the horrors he endured when he was violently confronted and threatened by Fernando Angel Puga and Sergio Ivan Quinonez-Venegas.

Authorities hope this sentence will help the victim heal from the wounds caused by this shocking incident.