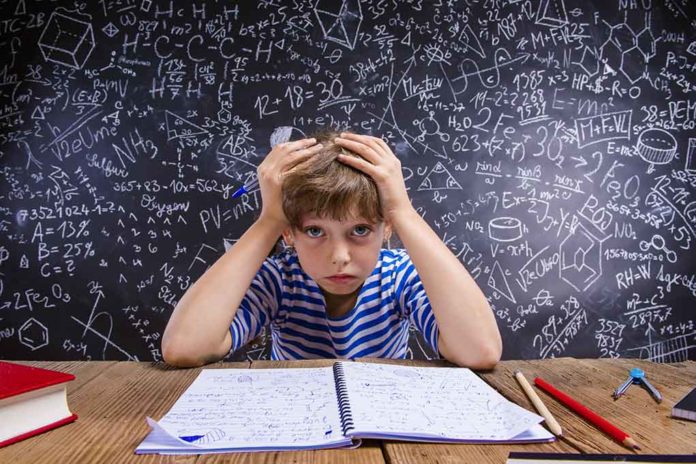 (ConservativeStar.com) – California has come up with a radical new plan to narrow achievement gaps in math classes – it’s going to cut the number of students doing advanced courses. That probably makes sense to woke educators, but hundreds of math and science professors are horrified, including a former Treasury secretary.

In February, California Leftists proposed reforms to how math is taught in schools, in the name of achieving more equal results. The new guidelines aim to purge the subject of “racist” and “traditionally white” concepts like showing working and getting the right answer. They also want to close the gap between the best and worst students by scrapping calculus and other advanced courses, and diverting high achievers from advanced math into courses like data science.

Experts are hitting back furiously. On December 6, almost 600 science and math professors released an open letter condemning the move, accusing the state of “the height of irresponsibility” and arguing that deliberately holding back the best students in public schools would cause “a de facto privatization” of advanced math teaching.

The letter was shared by former President Bill Clinton’s Treasury secretary, Larry Summers. The former secretary called better math education “an economic and a national security imperative,” sounding the alarm about declining US education standards. Traditionally, the US has been an average performer in the international PISA ranking for math education. Over the last decade, we’ve slipped firmly into the bottom half of the list.

Summers, a registered Democrat, criticized “continual erosion by social justice warriors” and urged educators to focus on rigor – in other words, showing your work and getting the right answer.