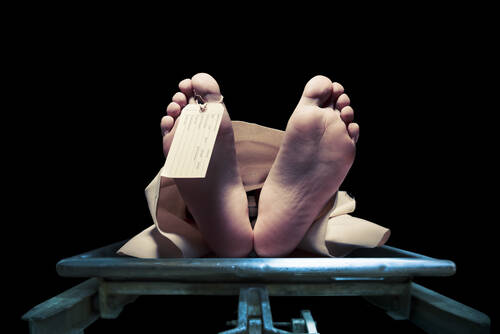 A Colorado funeral home director was sentenced to 20 years in prison Tuesday for illegally selling bodies or body parts of more than 500 victims without their consent.

Megan Hess, 46, operated Sunset Mesa Funeral Home in Montrose, Colorado, and pleaded guilty to mail fraud. A plea deal led to Hess’s mother, Shirley Koch, 69, admitting mail fraud and aiding and abetting. As a result, Koch has been sentenced to 15 years in prison.

The body broker industry is not tightly regulated in most states, according to a Reuters investigation. Because of this, bodies can be legally sold. However, this was not the case for Hess.

Agents of the government confirmed that hundreds of bodies sold by Hess were stolen, since their families didn’t consent to their use.

In a statement, the Department of Justice shared that some of the victim’s families specifically declined organ donation and body brokage services. However, Hess still proceeded to partake in the industry.

Hess admitted that she told grieving families that their loved ones would be cremated during the plea deal. In reality, she sold parts of or entire bodies for scientific, medical, or educational purposes as part of a body broker business she operated from the same location as the funeral home.

With this arrangement, Hess had a steady supply of stolen bodies to sell to unsuspecting customers who weren’t aware that the bodies were stolen. After this incident, Colorado law was changed to prevent similar incidents in the future.

The government highlighted the immense emotional pain caused by Hess and Koch’s actions to grieving families and stated that the indignities inflicted by the offense. The illegal business caused severe wounds for many victims’ families who have expressed that they’ve found it hard to move forward.

There have been many cases in which families who paid for cremations later found out that the cremated remains returned to them did not belong to their loved ones.