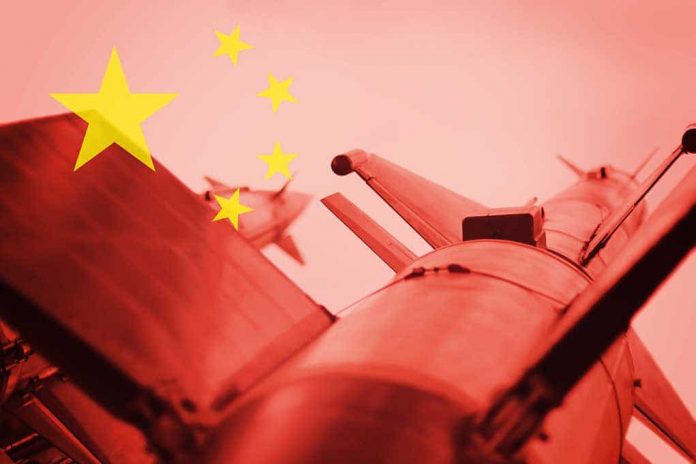 (ConservativeStar.com) – Earlier this month, a report by the Financial Times claimed the Chinese government tested a hypersonic weapon that orbited the Earth before making its way to its target. US intelligence was apparently shocked to hear the news but the Chinese denied the reports. Now, a top Pentagon official is comparing the alleged incident to 1950s Soviet rocket programs.

General Milley, chairman of joint chiefs, confirms our scoop on Bloomberg TV: “What we saw was a very significant event of a test of a #hypersonic weapon system … I don’t know if it’s quite a #Sputnik moment, but I think it’s very close to that. It has all of our attention.” https://t.co/ezISOAZ49u

In an interview broadcast on October 27, Chairman of the Joint Chiefs of Staff General Mark Milley said the alleged test was “very close” to being a “Sputnik moment.” The 1957 launch of Sputnik-1, the first satellite, sparked panic in the US. Officials believed that if the Soviets could put a satellite in orbit, even just a two-foot ball that went “beep,” they could also put a nuclear warhead on a US city – and America’s own intercontinental ballistic missiles (ICBMs) weren’t operational yet.

The comparison with Sputnik is an alarming one. Milley was admitting that the US has fallen behind in another new technology and went on to say, “We’re going to have to adjust our military going forward.” With China becoming increasingly aggressive, the US can’t afford to let the communists gain a technological lead. In the face of China’s huge manpower, superior technology is the only thing that lets us defend ourselves.

Right now, America seems to be losing that edge. Following Milley’s comments, Pentagon spokesman John Kirby said, “our own pursuit of hypersonic capabilities is real… It’s not a technology that is alien to us” – but right now, China is ahead, and they’ll stay ahead unless the US invests more money into research.