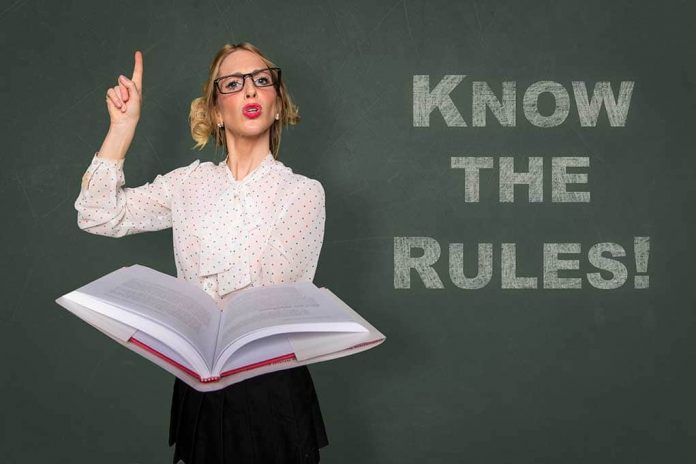 (ConservativeStar.com) – Outrageous is not too strong of a word to use when groups like Black Lives Matter (BLM) and Antifa turn insurrectionists and institute an armed takeover of public property as they did in Seattle, Washington and Portland, Oregon in the summer of 2020. Now, they have captured George Floyd Square in Minneapolis, Minnesota and have published a list of rules to which “White people” must adhere.

The ‘George Floyd Autonomous Zone’ in Minneapolis has issued a list of ‘rules for white people’ that they have to abide by in order to enter the area.https://t.co/MqdSTZEFgF

The people who have seized this area have essentially declared they are no longer under government authority and have disinvited the police from patrolling there. In the true fashion of terrorists everywhere, they’re refusing to remove themselves unless authorities meet a list of 24 demands.

They have created a community within the community that rules by fear where businesses — many of them Black-owned — have been forced to shut down. One owner, who was afraid to be identified for fear of becoming a target, says, “the police, fire trucks, can’t come in here.” Phil Khalar, a member of the cabal controlling the square, says one group, the Bloods street gang, oversees the area and keeps the neighborhood “safe in their own way.”

Not only are criminals acting as a police force, but they have now decided how one segment of society, White people, should act if they want to walk through the area. First, they must “decenter” themselves, which translates, as one pundit put it, “to behave like a second-class citizen and keep quiet.”

The commandments go on to say that White visitors should “be mindful of whether your volume, pace, and movements” assist the efforts to remain unseen. These actions do not sound like what one would expect from a group asking for equality. Instead, these mandates feel as though they are motivated by revenge.