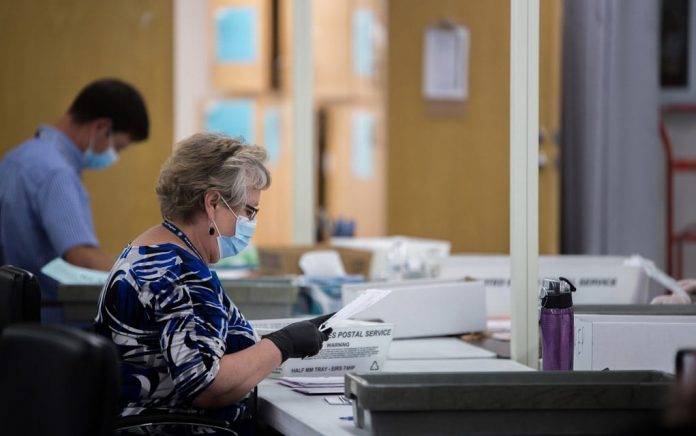 (ConservativeStar.com) – Georgia is one of several states where alleged irregularities occurred in the handling of the presidential election on November 3, 2020. Two women working at voting locations in Fulton County — Bridget Thorne and Suzi Voyles — stepped forward as whistleblowers. Soon thereafter, they were both let go from their positions.

Secretary of State Brad Raffensperger (R) has condemned the politically-motivated “decision by Fulton County elections officials to fire two poll managers purely for raising concerns about the November elections.” Ms. Thorne, for example, gave official testimony via a signed affidavit about the mishandling of ballots from the Dominion Voting machines used during the early in-person voting held at the State Farm Arena in Atlanta.

She also swore under oath that a self-described lawyer from the ACLU at her assigned polling location was given a secure laptop computer to access records, but when they could not determine the password, the observer simply used her personal device to access the network. Even though this is a very serious accusation, like many others across the country, politicians and the courts refuse to attempt further investigation.