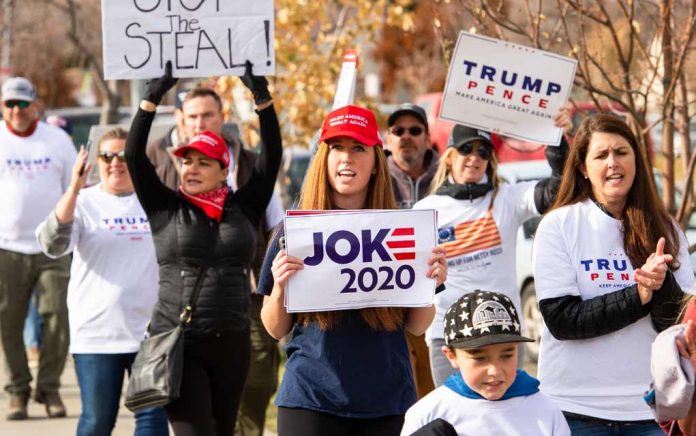 (ConservativeStar.com) – There’s a lot going on in Georgia, these days. President Donald Trump held a rally ahead of the runoff elections for the last two Senate seats which will determine which party has the majority for at least the next two years. And, GA Secretary of State Brad Raffensperger announced that he asked the Georgia Bureau of Investigation (GBI) to probe roughly 250 open cases of fraud in the November election.

Ahead of Trump’s visit, @GovKemp and the @GaSecofState announce that the Georgia Bureau of Investigation will help probe roughly 250 open investigations related to the 2020 vote. #gapol pic.twitter.com/IDPw0u7dTt

Raffensperger has publicly said he voted for President Trump and intends to vote for the Republican candidates in the January 5 special election. He also recognizes he has a duty to follow the laws of the state. He believes the GBI can run both an above-board investigation and have them completed in time to meet deadlines.

Liberal politicians and media outlets across the country have long ago declared Joe Biden as president-elect and dismissed any and all claims of irregularities out of hand. Considering their treatment of the president over the past four years, it’s possible they decided on Friday, January 20, 2017, that whoever the Democratic Party nominee happened to be, would be the winner if President Trump is to be believed.