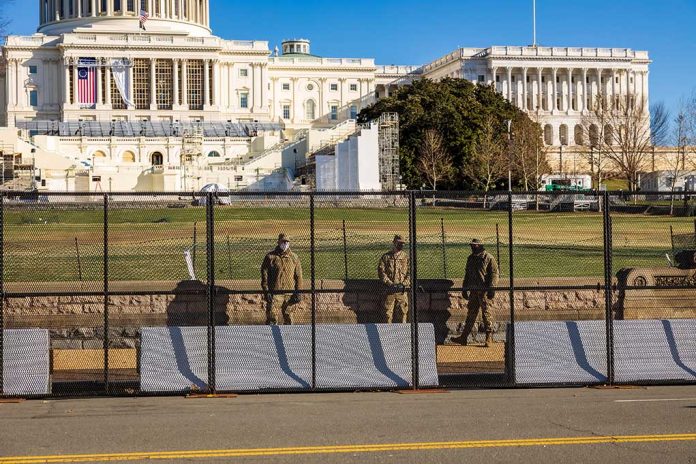 (ConservativeStar.com) – Speaker of the House Nancy Pelosi (D-CA), with the apparent support of other Democrats, has decided to order National Guard troops to remain in the nation’s capital through at least March 2021. Some reports say that might be extended into the fall. Members of both chambers of Congress are asking one simple question that nobody seems willing to answer: why?

In the information vacuum, Republicans are questioning the legitimacy of the extended occupation and maintaining the fence that was put up around the Capitol Building after the January 6 incident. Senator Tom Cotton (R-AK) appeared on the show “Fox & Friends” to say he was unaware of any threat that justified this and called for the soldiers to be sent back to their homes.

He also addressed questions that are coming out about the speaker’s actions in regard to security decisions preceding the event outlined in the letter from Republicans on the House Judiciary Committee. One of their major questions is why the request of the former chief of the Capitol Hill Police for National Guard assistance dated January 4 was denied.

With everything going on, the Republicans have questions and they want answers.