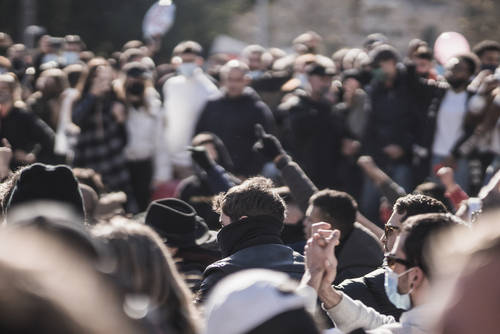 A stampede killed at least 149 people and injured hundreds more in the South Korean capital Seoul’s Itaewon leisure district during Halloween festivities. Many of the victims were women in their 20s.

Police said many people were crushed to death after a large crowd began pushing forward in a narrow alley near Hamilton Hotel. They were rushing to see a celebrity at a nearby bar, though this celebrity has not been identified.

Social media shows horrific scenes of panic and people’s desperate efforts to evade the tragedy. Rescue workers urgently tried to extricate those most in need of medical assistance from the crowd.

More than 400 emergency workers were deployed to the scene, including the drivers of 140 ambulances. Around 100 people were injured during the deadly crowd surge.

One man climbed a nearly flat wall high above the crowd to escape the panic beneath him, while dozens of emergency workers worked intensely around them.

The densely packed crowd surged into a narrow alleyway, crushing and immobilizing hundreds of people. A make-shift morgue was set up nearby, and four dozen bodies were carried out later.

Choi Seong-beom, chief of Seoul’s Yongsan fire department, said the death toll could rise and that many people were in critical condition following the stampede.

Hundreds of police officers were deployed in advance of Saturday night’s crush, but were struggling to keep control in the minutes before the tragedy unfolded. Several passers-by tried to assist the injured and dying, and people wailed beside the bodies of their friends.