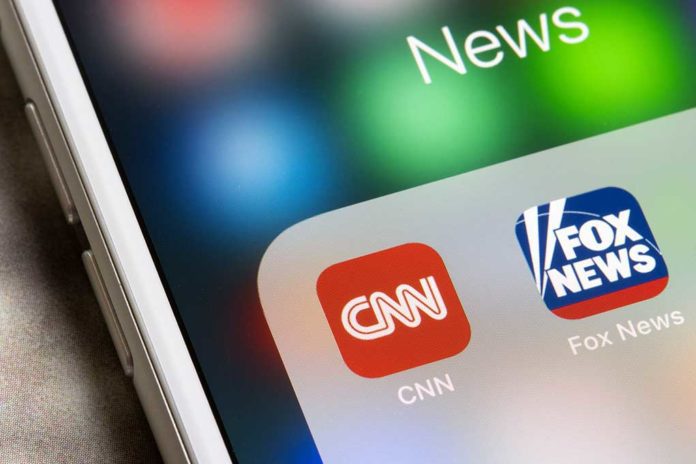 (ConservativeStar.com) – CNN personality Chris Cuomo has been suspended indefinitely by the network. The move comes after documents released by New York State Attorney General (AG) Letitia James showed potential irregularities in his desire to help his disgraced brother Andrew. The embattled anchor, however, found an unlikely champion among his peers.

So, who publicly came to Chris Cuomo’s defense? None other than his direct timeslot competitor at the Fox News Channel, Sean Hannity.

“Helping a brother, and a friend, in the worst moment of their life is probably not the worst offense," said Fox News' Sean Hannity in defense of Chris Cuomo. https://t.co/g2DhADNqo1

Hannity had said he believes Cuomo “mishandled” the situation with his brother in his responsibility toward his work. He noted it’s easy to support someone when things are going well but not so much when the world is crumbling around someone like it was with Andrew. He went on, saying standing by a brother at a time like that “is probably not the worst offense.”

The documents released by the NY AG’s office indicate Chris Cuomo was far more involved in crafting a public relations defense for the former governor than he previously indicated. The papers also state he used his professional contacts to track what his brother’s accusers were saying and to whom. A CNN spokesperson said the first time his actions became public, they acknowledged the host broke some rules, but the network tempered its response because of Chris’s unique position.

Hannity, to his credit, seems to believe in forgiveness and second chances. He previously defended MSNBC host Joy Reid during a 2018 scandal when controversial blog posts came to light. He also came to Cuomo’s defense in 2019 when a video came to light of a confrontation between him and another man who called him an ethnic slur while he was out with his wife and 9-year-old daughter. It seems the Fox News host doesn’t believe in cancel culture. Would Leftist hosts treat him the same way?