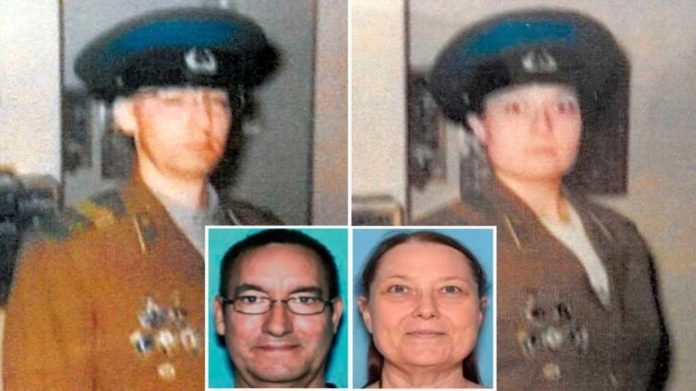 They were still charged with identity theft and making false statements in the application and use of a passport.

Morrison and Primrose were arrested Friday in Kapolei, on the island of O’ahu. A former member of the U.S. armed services and his wife were indicted in the case.

The U.S. Attorney’s Office in Hawaii filed a motion alleging the two pose a flight risk because they failed to report several trips to Canada and because Morrison lived in Romania while the country was part of the Soviet Union.

A couple, who attended high school and college together in Texas, allegedly assumed the identities of two Texas babies born two decades earlier and remarried in 1988 as Bobby Fort and Julie Montague.

A Coast Guard complaint says Primrose assumed a false identity and worked for a Department of Defense contractor at the Coast Guard Air Station at Barbers Point.

Pictures in court records showed Primrose and Morrison in uniforms that allegedly belonged to the KGB, the former Soviet Union spy agency.