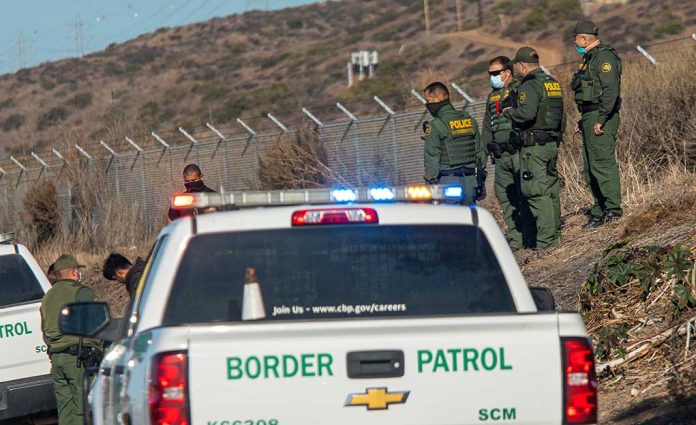 (ConservativeStar.com) – Freelance photojournalist Paul Ratje did what people in his profession do. He went to a place where news was likely to happen and took pictures. In this case, he was at the Rio Grande River, where a mass of Haitian migrants are trying to cross into the United States illegally. After he released his photos on September 20, things went south [pun intended] — quickly. As soon as the Liberals took a look, they exploded into a rage at what they inferred was a Border Patrol agent on horseback whipping a man trying to get past him.

Border patrol is mounted on horseback rounding up Haitian refugees with whips.

This is unfathomable cruelty towards people fleeing disaster and political ruin. The administration must stop this. pic.twitter.com/BSjT91NSj0

With results much like when one dumps gasoline on a bonfire, the Left spread what turned out to be a false narrative without a thought of doing even the most cursory of fact-checking. Representative Maxine Waters (D-CA) said it was “worse than what we witnessed in slavery,” and President Joe Biden publicly vowed, “I promise you, those people will pay.”

Had anybody bothered to ask Mr. Ratje what he saw when he took the picture instead of trying to decipher a 2D image, he would have told them what he said after somebody did broach the topic. He spoke with El Paso, Texas television station KTSM and said, “I’ve never seen them whip anyone.”

The incident is hardly the first time this kind of thing has happened. For example, then-Covington Catholic high school student Nicholas Sandmann was vilified for a confrontation with a Native American. Because he was wearing a Make America Great Again (MAGA) hat, the left-leaning media gleefully ran with the story. The truth was, he and his classmates were the victims in the situation, and it cost CNN an undisclosed amount of money when they had to settle a lawsuit over their coverage.

You would think they would have learned their lesson, but apparently not.