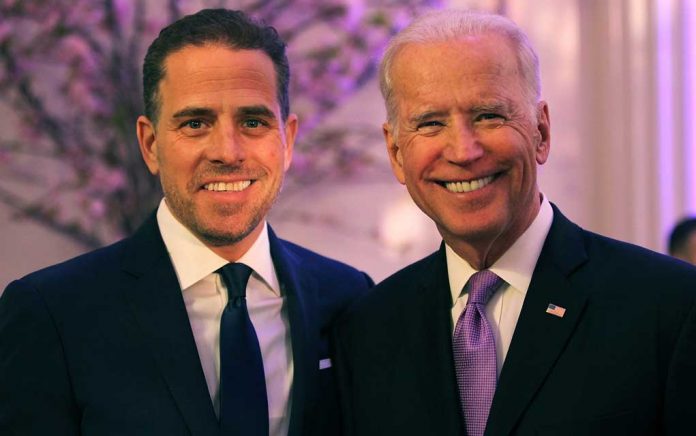 (ConservativeStar.com) – Long before former Vice President Joe Biden was named the Democratic Party’s official nominee, investigations into Hunter and his company’s business dealings with Ukraine and China were underway. However, it’s not surprising many Americans are unaware of this because, as Senator Ted Cruz (R-TX) noted, the mainstream media failed to report about it.

For months, the Mainstream Media & #BigTech oligarchs have turned a blind eye to allegations that Hunter Biden violated the law. I’m hopeful the ongoing federal investigation will help resolve many of the serious questions raised by Hunter’s conduct.https://t.co/K61gEeYsYt

Senator Ron Johnson (R-WI), chairman of the Senate Homeland Security and Governmental Affairs Committee (HSGAC), announced the younger Biden’s attorneys “have refused to cooperate with the committees.” In 2015, officials from the US Embassy in Kyiv, Ukraine, voiced concerns there could be a “perception of a conflict of interest” because of the elder Biden’s position. These opinions were essentially ignored by the VP’s staff according to the committee’s report.

The conclusion to that report expressed some unease at the millions of dollars Hunter’s firm made during the time “Joe Biden was Vice President and the public face of the Obama administration’s Ukraine policy.” The fact that the man who has the potential to become the next President of the United States is part of the stonewalling of investigations into his son’s business dealings should be disquieting to all Americans.