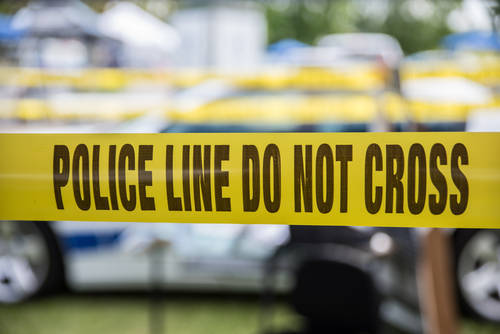 A deadly shooting investigation is currently ongoing in Brickell, Miami, Florida following a shooting incident that has left at least two individuals dead. A large police presence is in the area following reports of multiple shots fired in the area.

Authorities in Miami are investigating what appears to be a murder-suicide outside of a luxury apartment building.

The man had followed the woman to Miami in an attempt to rekindle their romantic relationship. The victim was shot by the man before turning the gun on himself. Both were found on the sidewalk outside of an apartment.

The two people involved in the shooting have been recently identified as Coclea Gheorghe Cristian, 48, and Dumuta Szerika, 49. Szerika had apparently tried to escape Cristian by staying with her adult daughter in Miami.

These two people are now dead as a result of a murder-suicide at a luxury apartment complex. There is no ongoing threat to people who frequent this area.

Residents of the complex told 7News they heard two people arguing before hearing gunshots. They said they saw two kids crying and two adults lying on the floor.

Man, woman found dead on a sidewalk in Brickell. Police say it may be a murder-suicide https://t.co/AHtcr357sG

The shooting occurred in front of the couple’s children, believed to be a teenager and a young adult. Neighbors were rattled by the shooting and were concerned about the safety of those nearby.