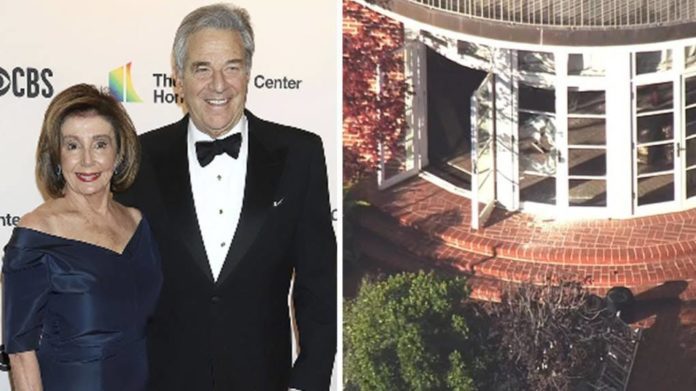 Yesterday, a violent man broke into the Pelosi family home and attacked Paul Pelosi. America has become a nation where acts of political violence are so predictable that experts have warned such an incident was likely.

Democrat Nancy Pelosi’s husband was attacked by a hammer while she was in Washington, D.C. David DePape was booked on suspicion of several crimes, including this attempted homicide and assault with a deadly weapon.

Nancy Pelosi said that her family has received an “outpouring” of support from other members of Congress, and that her husband Paul’s “condition continues to improve”. The family is grateful for the quick response of law enforcement and emergency services.

Police arrived at the Pelosi home at 2:27 a.m. and found Paul Pelosi and DePape holding a hammer. DePape had violently assaulted Pelosi with the hammer according to authorities that arrived on the scene. The suspect was then tackled by police officers and taken into custody.

Police say that Paul Pelosi was violently assaulted at the Pelosi’s San Francisco home. Paul Pelosi went through surgery to repair a skull fracture in addition to other injuries.

Paul’s son gave a report about the well-being of his recovering father. Paul Pelosi Jr. said his father is doing well and that he is leaving Zuckerberg San Francisco General Hospital. Paul Sr. underwent surgery to his head and arm, but he is now on the road to recovery.

Speaker Pelosi is the highest ranking member of Congress third in line to assume the presidency, and has a full-time Capital police detail. It’s still unclear why there wasn’t more security present at their home.

Law enforcement officers and investigators have been at the Pelosi House all day. Neighbors feel like the family has been under attack for years.