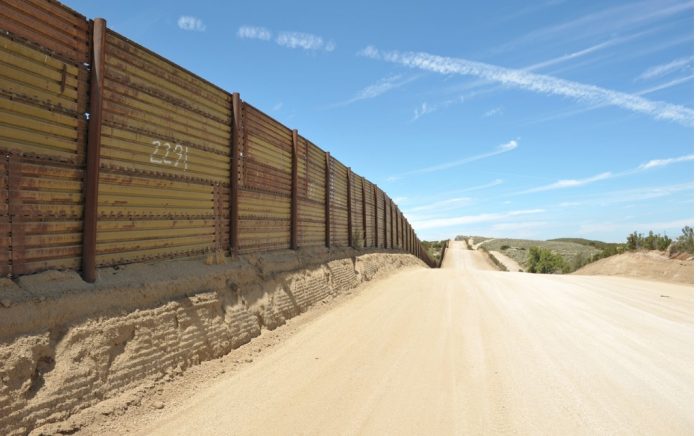 The news is full of talk about “children in cages” and illegal asylum practices, but these issues are largely based on opinion. Very rarely do you hear the real numbers behind the rising immigration issues.

The US, like most other countries, has a process by which non-citizens can migrate to America. Currently, the US offers 675,000 visas a year, with no limit on the number of relatives that the visa-holder can bring in. In fact, the current policy holds that the minimum number of relatives brought in to the US is set at 226,000, with no maximum. Relatives may include spouses, parents and children under the age of 18. In case you weren’t keeping track, that’s almost 1 million immigrants able to legally move to the US each year.

Visas are applied for outside the US, then the individuals come to our country and can apply for citizenship after 5 years. The US also offers refugee, asylum and Diversity Lottery options, allowing residents from other countries to come here if they are faced with a real threat from their country, or if they happen to get picked by the lottery that’s in place to serve countries with low numbers.

That’s a lot of opportunities for families to legally move to our country and become a citizen. The problem is, not all immigrants use the legal system and as such, they pose a serious risk to American citizens. All people coming into the US legally are screened for medical and legal issues to ensure they’re not a threat once inside the borders. Those who skip this process not only threaten our citizens physically but financially as well.

As much as it can be assessed, the cost of illegal immigration to the US falls in the area of $116 billion a year. That burden is spread to the various branches of government and ultimately paid for by US citizens. But the branches that can be asked to pay these costs often can’t support the full burden. This means to some extent, illegal immigration actually increases the debt held by the US — and those are just the numbers that can be traced.

Since criminal and medical records play a role in whether or not immigrants are allowed to legally enter the country, many immigrants with health battles and criminal histories don’t even bother with the immigration process, because they know they won’t be allowed in. Yet, if they come in illegally and give birth to a child here, they may be able to legally reside here as their child becomes their “sponsor” of sorts. The children are known as “anchor babies” since they, in effect, anchor their parents here.

It’s illegal to enter the US for the purpose of giving birth because immigrants can become a naturalized citizen if they give birth on US soil. However, anyone inside the country can access free medical care, because emergency rooms are not allowed to turn anyone away who could be at risk of death or serious harm.

It’s possible to apply for asylum at a port of entry or from within the US. So why are asylum seekers being detained? It’s not as simple as it sounds.

First of all, anyone coming into the United States needs a passport and other legal paperwork. Many of those seeking asylum do not have any of this paperwork. Aside from that, they still need to be screened to ensure they aren’t a threat to the US through medical issues, criminal histories or affiliation with any of the groups considered to be a threat to the US.

The Left may scream that separating families is wrong, but if any adult gets arrested in the US and has their children with them at the time of arrest, those children would be taken away. Entering the US illegally is a crime, and makes them subject to the same detainment possibilities as any natural citizen. Sadly, the truth is that many immigrants have been guilty of stealing children in the hopes of eliciting sympathy from the US so they can enter.

With almost 1 million immigrants being granted a stay in the US a year, and 63% of them receiving some sort of welfare benefit, even the number of legal immigrants is a financial burden on US citizens.

Add to that the $116 billion we spend a year on illegal immigration and you’ll soon see that the US simply can’t sustain the wave of immigrants that continues to flood our borders. And that doesn’t include any medical or legal costs that are indirectly associated with immigration.