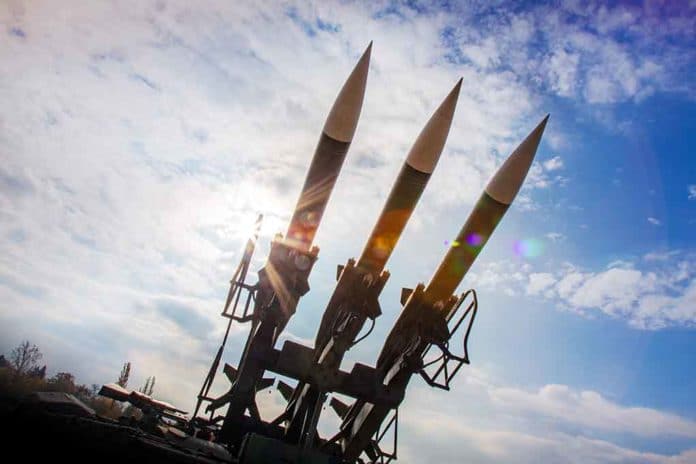 Stick all that on top of Biden’s promises on the campaign trail to return to the failed Obama-era Joint Comprehensive Plan of Action (JCPOA), or Iran nuclear deal, and you have a recipe for disaster.

Biden has pushed for a return to the deal, most recently negotiating indirectly with Iranian diplomats during talks in Vienna, Austria, on February 8 with the remaining members of the nuclear deal.

At about the same time those talks occurred, Iran claimed to have a new, deadly, and accurate missile system.

If the Iranians can be believed (doubtful, but you cannot entirely dismiss their claims), the missile has an effective range of about 900 miles. Revolutionary Guard commander Maj. Gen. Mohammad Bagheri told attendees of the unveiling ceremony that Iran’s missile capabilities have increased daily, and the Guard continues its efforts to develop additional weapon systems.

Brig. Gen. Amir Ali Hajizadeh echoed that sentiment, adding that the new missile system has the “maneuverability to pass through” missile defense systems while traveling towards its intended target.

Iranian military leaders named the new weapon system “Khaybar shekan,” or the “Khaybar breaker,” a reference to an ancient battle at an oasis that pitted Muslim soldiers against Jewish soldiers. (Spoiler, the Muslims won).

Biden administration officials continue pushing for a new agreement with Iran despite their continued weapons development program. Additionally, Iran recently started enriching uranium to near-weapons grade. However, Biden continues insisting a new pact is possible, despite the looming threat that Iran might arm their new missiles with nuclear warheads in the not-so-distant future.

Republicans keep pushing back against Iran’s nuclear ambitions and Biden’s apparent belief he can negotiate with the terrorist nation. Trump called the original deal national embarrassment, but “the beat goes on” within the Biden camp.

What are your thoughts/concerns about Iran’s claim? Do you think Biden should return to President Trump’s no-nonsense approach to foreign policy and put America First for a change?