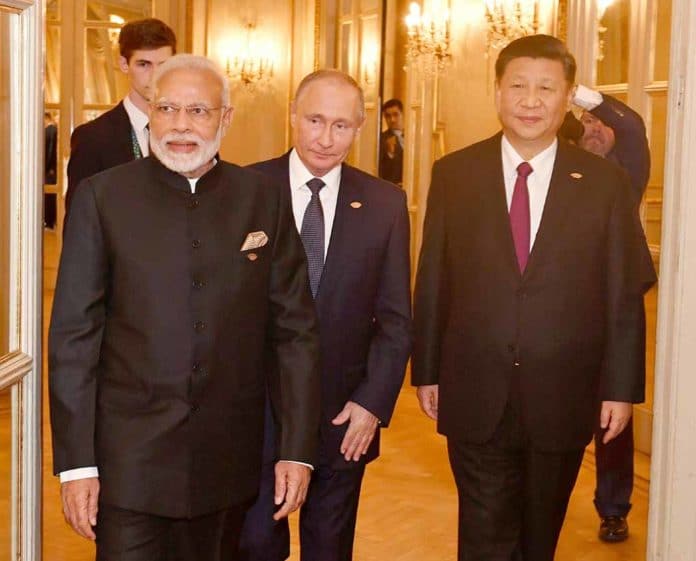 (ConservativeStar.com) – In the aftermath of World War II, Chairman Mao Zedong led a civil war giving birth to the People’s Republic of China (PRC). Josef Stalin did the same for what was to become known as the USSR, joining the two nations in the ideology of communism. Now that Russian President Vladimir Putin has launched his invasion of Ukraine, the world is watching to see if Chinese President Xi Jinping will provide support while most of the world applies economic sanctions to force the Russians to pull back.

China is officially claiming a position of neutrality during this conflict, and American officials have said that they are not responding to Putin’s request for military assistance in his attempt to bring Ukraine under his rule. At the same time, state-aligned media in the country appear to be sympathetic to Russia and are blaming the fighting on the United States and President Joe Biden.

A new editorial series in the Chinese Communist Party's flagship newspaper gives its support to Russia's grievances against the United States and NATO. https://t.co/IfK17A6uOe

An article on the People’s Daily website called America “the initiator of the crisis” and paints China as the voice of reason that “speaks for justice and for peace.” A piece posted by Global Times also pinned responsibility on the United States, claiming the Biden administration is using the war for political advantage to “make Russia bleed” and claimed that “the ultimate goal is to… put Europe under [American] control.”

So, is China propping up Putin? As of yet, there is no hard proof that they are sending military supplies to Russia, but their rhetoric is certainly trying to shift blame away from him. It seems they are definitely in his corner, and whether they will enter the conflict or use it to make their long-desired move against Taiwan is something only time will tell.