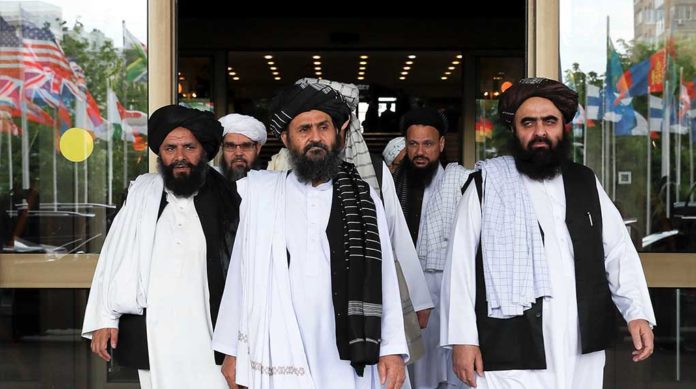 (ConservativeStar.com) – The Taliban seized control of Afghanistan before President Joe Biden could complete his withdrawal and evacuation over the summer. On August 26, 13 US service members died and at least 18 sustained injuries when an ISIS-K suicide bomber launched an attack on Hamid Karzai International Airport. Now, the terrorist group has struck again.

On Tuesday, November 2, ISIS-K members attacked a military hospital in Afghanistan’s capital city, Kabul, killing at least 24 people and injuring many others. Local officials reported that at least one suicide bomber and several gunmen launched the attack on the 400-bed facility.

The armed group ISKP (or ISIS-K) has claimed responsibility for the deadly attack on Kabul’s largest military hospital, the latest in a growing list of killings since the Taliban took power.

A Taliban spokesperson confirmed that ISIS-K members executed the attack, and the terrorist group later claimed responsibility for the bloody incident. A staff doctor working at the hospital told local journalists gunmen entered a hospital ward and started shooting injured Taliban fighters while they lay in their beds. Taliban senior commander Mawlawi Hamdullah Rahmani was among the dead.

In early October, US representatives met with senior Taliban officials in Qatar to discuss various issues such as reining in rogue extremist groups like ISIS-K. However, the Taliban refused to accept any assistance from the US in containing the terrorists. Taliban political spokesman Suhail Shaheen told reporters it could “tackle [ISIS-K] independently” from US forces.

The horrific incident serves as yet, another grim reminder of how little power the Taliban really has in Afghanistan.