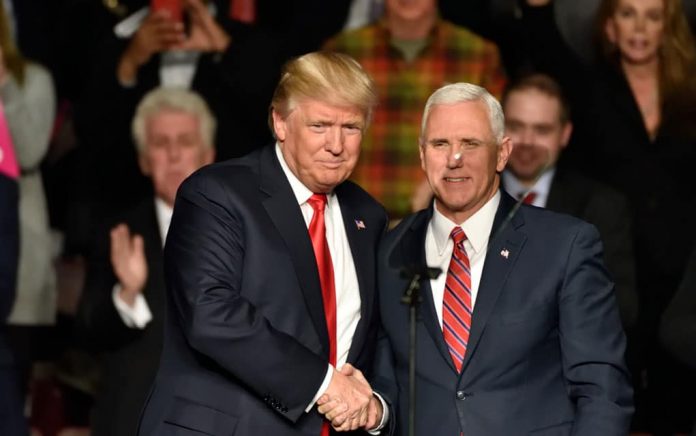 (ConservativeStar.com) – On Monday morning, August 24, chants at the 2020 Republican National Convention (RNC) erupted into “four more years” immediately after the roll call to nominate President Donald Trump and Vice President Mike Pence. Unlike the Democratic National Convention (DNC), GOP delegates met in-person to cast their ballots. Nevada was the state that put Trump over the top.

In a 50-minute speech before delegates, Trump reminded them of what’s at stake. He warned against rewarding Democrats for spying on his 2016 campaign and launching the Russian collusion hoax. The president said this time, they’re trying to do it with the Post Office scam. He also noted that, unlike Democratic nominee Joe Biden, he wouldn’t shut the country down if COVID-19 flared back up. The commander-in-chief explained the country was bouncing back from the virus and the nation is achieving economic success despite the challenges presented by the illness.

Pence thanked the delegates and reminded America that prosperity could only happen if Trump gets four more years in the White House. He told the audience that the president accomplished historic tax cuts, deregulations, and rebuilt the military.

At 8:30 p.m. the committee aired its first nightly broadcast.