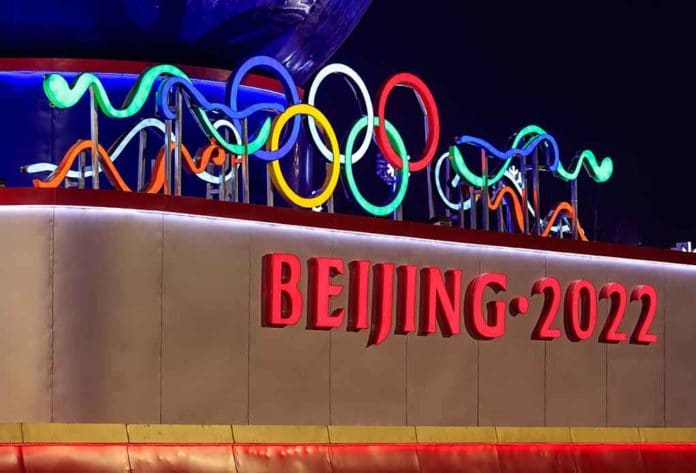 (ConservativeStar.com) – During the opening ceremonies of the 2022 Olympic Games in Beijing, China, one of the athletes chosen to light the torch was Dinigeer Yilamujiang, an ethnic Uyghur from Xinjiang province. The national government – the Chinese Communist Party (CCP) – has been accused of a continued campaign of slave labor and genocide against the group. Some have likened her appearance in such a prominent role to Adolf Hitler allowing one Jewish athlete to compete in the 1936 Berlin games. It appears the administration isn’t phased.

Xi takes a page out of the 1936 Berlin Olympics playbook: Just as Hitler sought to camouflage his persecution of Jews by including one Jewish athlete in the German team, Xi has tried to whitewash his Xinjiang genocide by presenting a Uyghur skier as the face of the Beijing Games.

When asked about Yilamujiang’s inclusion in the opening ceremonies, White House Press Secretary Jen Psaki said it was an attempt to deflect the negative attention away from “the genocide that we are seeing in parts of China.” She went on to tell the reporter that the treatment of the Uyghur is precisely the reason that President Joe Biden decided not to send any kind of diplomatic presence to the Olympics.

Yilamujiang, a relatively unknown cross-country skier until her torch lighting duties, finished 43rd in her race. Afterward, she bypassed the area where the world’s press corps waited for potential interviews with athletes. International Olympic Committee (IOC) rules state that all competitors are to at least walk through the area. Her absence there, coupled with her disappearance from the public eye afterward, has caused many including Senator Marsha Blackburn (R-TN) to be concerned.

Dinigeer Yilamujiang, a 20-year-old Uyghur athlete competing in the Olympics, has vanished from the public eye after finishing 43rd in her race.

We are concerned for her whereabouts and demand answers from the Chinese Communist Party immediately.

Do you agree with the Biden administration and other critics?