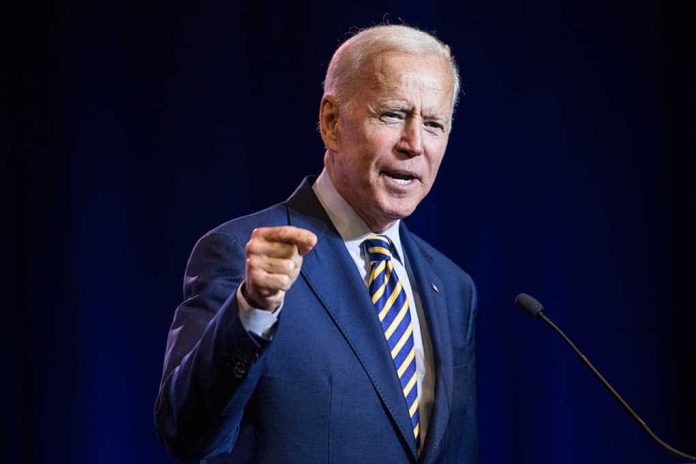 (ConservativeStar.com) – President Biden spoke at a CNN town hall on Wednesday. The event gave him a perfect opportunity to explain how his bold and exciting plans will counter the Chinese threat, force Iran to stop building nuclear weapons and bring back jobs to the US. Instead, he spent his time taking thinly-disguised digs at former president Donald Trump.

President Biden says he remains optimistic about bipartisanship: “I was able to get an awful lot of compromises put together to do really good things, to change things. And I still believe that’s possible” #BidenTownHall https://t.co/LEvg0Ywvcv pic.twitter.com/puP3F2LkKd

At the July 21 event, Biden complained that “the last four years” had poisoned the well by fueling partisanship. He claimed “the rest of the world is wondering about us,” and blamed it all on his predecessor. Biden also went on to blame Trump for the division between the two parties, failing to realize the hypocrisy in his own statements. After all, the Democrats are doing their very best to push enormous spending bills through reconciliation rather than sitting at the table with their counterparts and working things out.

Biden called Chinese dictator Xi Jinping “a bright and really tough guy” and claimed to know Russian leader Vladimir Putin well. Meanwhile, he side-stepped questions on the COVID pandemic, the economy, and violent crime. Does the president have his priorities right?