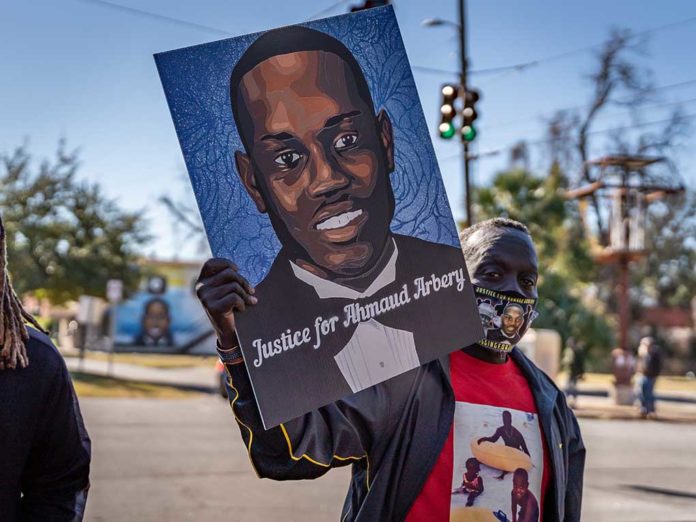 (ConservativeStar.com) – On November 24, 2021, in a Georgia state court jury convicted Greg and Travis McMichael and William “Roddie” Bryan on multiple charges related to the February 2020 murder of Ahmaud Arbery. On January 7 of this year, a judge sentenced them to life in prison, giving only Bryan a chance for parole after 30 years. Still, there was no hate crime specification in the state prosecution even though all three men are white and the victim was black.

The Department of Justice (DOJ) indicted all three men for “federal hate crimes and attempted kidnapping,” long before the trial in the state court got underway according to a press release. And as often happens, prosecutors and defense attorneys got together and hammered out a deal with the McMichaels.

Both defendants agreed to plead guilty to the counts involving the hate crime charges, and in exchange, they would serve the first 30 years of their sentences in federal prison. This arrangement may have been important to the men because Greg formally worked as a police officer and investigator for the state-level prosecutor’s office. Federal facilities tend to be better equipped than state prisons to protect former officers from retaliation by other inmates.

Deal or No Deal?

Even with an agreement in place, the presiding judge has the final say on whether or not to accept a plea deal. District Court Judge Lisa Wood had provisionally accepted the guilty plea from Travis but held off on agreeing to the sentencing so everyone involved could have their say.

According to Axios, Assistant Attorney General Kristen Clarke claims that the Civil Rights Division of the DOJ consulted with the Arbery family’s attorneys, who told them the deal was acceptable. However, the victim’s mother, Wanda Cooper-Jones, refuted that, saying she was crystal clear when she told DOJ prosecutors she didn’t want to see them get any deals whatsoever.

Speaking to the court, Cooper-Jones said that seeing them get the “preferred conditions” of federal versus state prisons would give her son’s killers “one last chance to spit in my face,” according to The Washington Post. After hearing Arbery’s mother’s comments, Judge Wood rescinded her provisional approval and scheduled a hearing to see if either of the McMichaels want to withdraw their guilty pleas.

What do you think? Was the judge correct in taking the rare step of canceling a deal made by the prosecutors? Do you think she allowed the state of race relations in America to influence her decision too much?