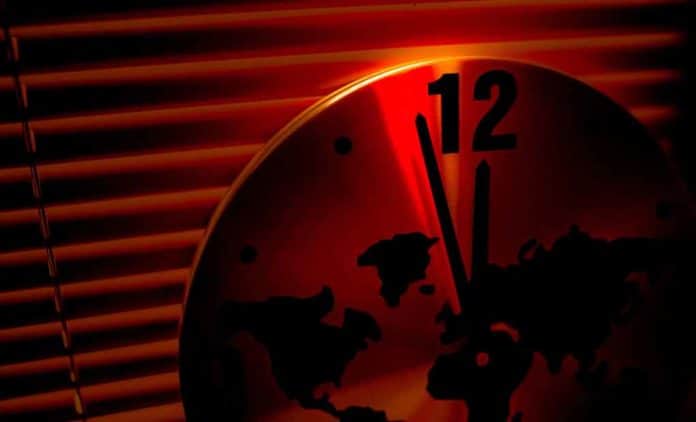 (ConservativeStar.com) – On August 6, 1945, the US used the first atomic bomb on Hiroshima, Japan. Just three days later, we deployed another one over Nagasaki. On August 15, Emperor Hirohito unconditionally surrendered in the face of such destructive force. The scientists of the Manhattan Project who developed the weapons recognized that same fact, and so they came up with the concept of the doomsday clock to represent their perspective on how close humanity is to causing its own demise.

The idea of a doomsday clock was first published in the Bulletin of Atomic Scientists in 1947. It uses the idea of midnight as the moment of Apocalypse and the image of a countdown to represent a timer set to detonate an explosive. Every January, the Science and Security Board of the Bulletin — which boasts the input of 11 Nobel Laureates — considers the state of the world and determines how far the world is from the zero-hour.

For 2022, they settled on the idea of being 100 seconds (1:40 minutes) away from that fateful moment — the same amount of time as last year and the year before. Taking a shot at former President Donald Trump, they expressed hope that the Biden administration would allow them to set the timer backward, but that was futile. They say they considered the tensions between the United States and Russia/China, North Korea’s nuclear ambitions, climate change, and COVID-19, among other issues, when making their determination.