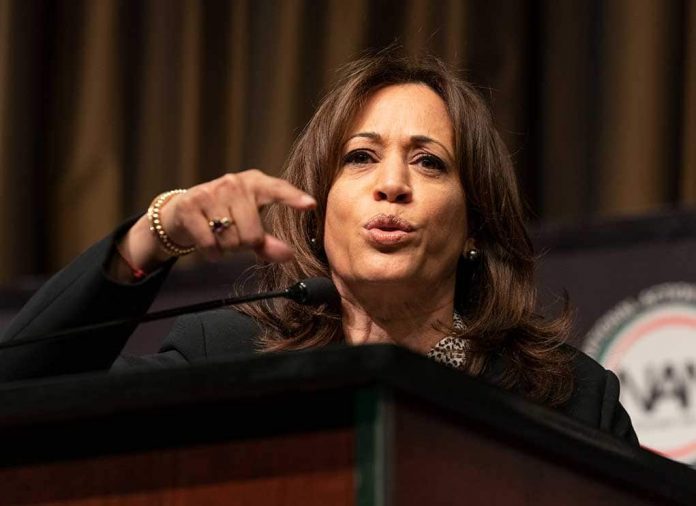 (ConservativeStar.com) – Since the inauguration of President Joe Biden, the Democrats have not taken responsibility for any of their poor choices. Vice President Kamala Harris put this on full display with her reaction to a reporter’s question about the potential for her and the president to visit the Mexican border region — she literally LOL’d.

🚨 WATCH → Kamala Harris laughs at a reporter who asked her if she has plans to visit the border.

Don’t believe this administration when they say they are serious about solving this crisis. pic.twitter.com/UIYXoW5gaz

Harris exhibited no such problems using her vocabulary when it came to assigning blame for the horrid conditions that people are living in: the prior administration. Of course, that position ignores the fact that they had to reopen detention centers that were closed when they took office. It also sidesteps the issue of President Biden’s virtually open invitation to migrant caravans during his campaign as alleged by Senator Ted Cruz (R-TX) in a series of tweets.

1/x There is crisis on the southern border of Joe Biden’s creation.

I’ve got the receipts.

A 2019 study shows that immigrant families tend to vote overwhelmingly Democrat for the first two or three generations. Perhaps that’s why they want to welcome so many immigrants and pass a bill that grants them amnesty.