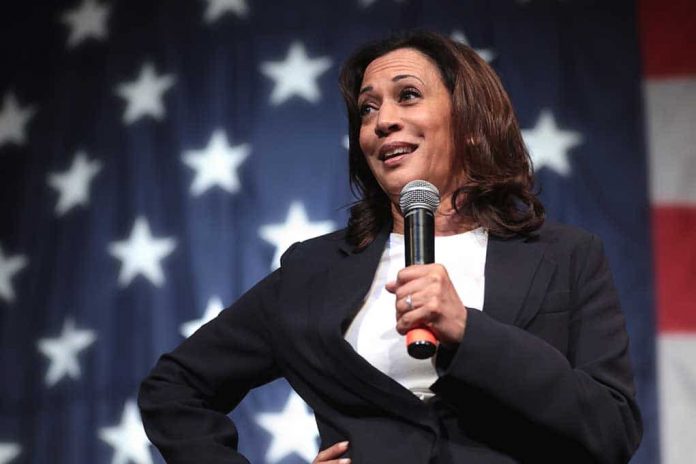 (ConservativeStar.com) – Vice President Kamala Harris assumed control of the administration’s handling of the border crisis last week. Since then, she has made huge strides in taking control of the mounting crisis — if one defines “huge” as zero or nothing.

These are the pictures the Biden administration doesn’t want the American people to see. This is why they won’t allow the press.

This is the CBP facility in Donna, Texas.

This is a humanitarian and a public health crisis. pic.twitter.com/UlibmvAeGN

She managed to avoid any questions about the border situation over the weekend by falling off the map. Her public schedule doesn’t show any pending trips to the border, and her office hasn’t released any policy statements or other information about the looming crisis.

Sunday, March 28, she did manage to push a Liberal talking point and blame former-President Donald Trump for the situation. However, that’s not how migrants see it. A Honduran traveling north told reporters that Biden “has given us 100 days to get the US and give us legitimate papers…”

Honduran migrant: President-elect Biden is "going to help all of us." pic.twitter.com/LkrVCsXcSb

One of Trump’s aides confirmed the former president might take a trip to the border soon but said he is waiting until President Biden manages “to fail on his own.”