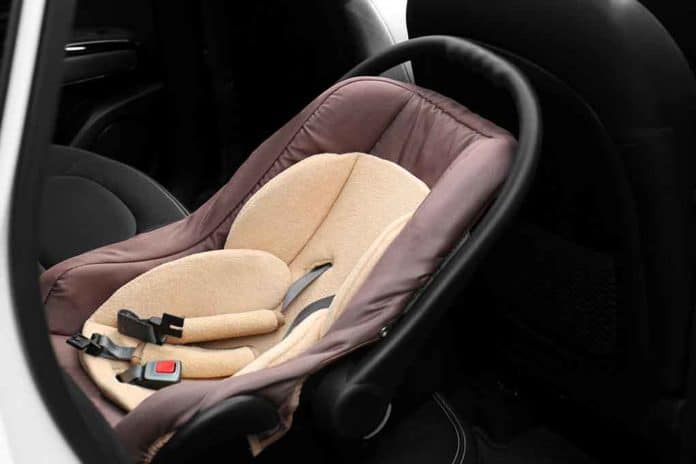 (ConservativeStar.com) – In San Jose, California, on April 25, a woman was bringing her groceries inside when a stranger entered her apartment, took her 3-month-old grandchild, and walked away. The incident happened just after lunch and sparked a manhunt for the missing boy. Video evidence shows the man walking down the sidewalk with a blanket-covered car seat containing the baby.

One of the alleged kidnappers matched the description police originally used to describe the suspect: a dark-complexioned Hispanic male wearing a black face mask and a grey baseball cap. Authorities took little Brandon to a local hospital, where he’ll be evaluated. There was no indication of any obvious injuries to the baby.

Normally, authorities would issue an Amber Alert that would ping phones in the area describing the suspected perpetrator and the child for the public to assist. Unfortunately, the man was on foot, so an Amber Alert was never issued. As it turns out, police didn’t need to take that step in this case, as they opened countless tiplines to bring in information about the incident and locate the child.

The FBI agents joined local police to comb the area, going door-to-door in hopes of finding witnesses or information that could lead to Brandon’s recovery. Once found, the police gave no further details about a possible motive for the crime.