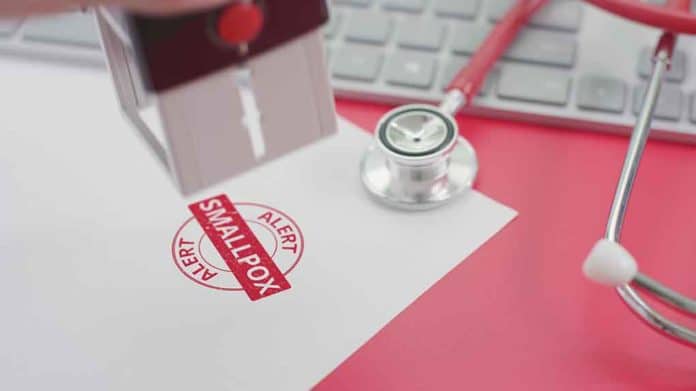 (ConservativeStar.com) – The disease the world knows as smallpox is no joke. Roughly 300 million people died during the 20th Century, also leaving a full third of the survivors blind and most with horrific scarring. That’s why there was so much concern when a cleaning person at a Merck pharmaceutical lab outside Philadelphia, Pennsylvania, found five vials marked “smallpox.”

One of the organizations to respond to the find was the CDC, where they’re well aware that the process of vaccinating the general public against the disease stopped around 1970.

What They Found … and Didn’t

After officials secured the laboratory and sent the bottles to the CDC facility in Atlanta, testing showed the small stockpile contained vaccinia, a virus strain that is used for vaccines, causing the human body to build up an immunity to the true smallpox virus. According to the CDC, it can neither cause nor spread the deadly disease, although it can cause relatively mild symptoms similar to it.

Equally important is what the CDC says was not found in any of the vials: the variola virus. This is the version that actually causes people to contract smallpox, which is highly transmittable among humans. The World Health Organization (WHO) declared the disease “eradicated” in 1980, but research continues on finding stronger vaccines because of its potential for use as a bioterrorism weapon.

Edward Jenner (May 17, 1749 – January 26, 1823) was born in Berkeley, Gloucestershire, England, to a local vicar and became the apprentice of a local surgeon at the age of 14. In 1796, he performed an experiment where he placed pus from a pustule (essentially a large pimple) of cowpox into a cut he had made on an 8-year-old boy.

He discovered that the boy became immune to the smallpox virus that was so devastating to the Europeans of that era. Although the idea of a vaccine — the term he coined for the process — was met with scorn from his peers, the church, and the media, he continued with other experiments that eventually became his proof of concept that led to the modern vaccines we have today.

Because smallpox is so dangerous, with the mortality rate in unvaccinated populations being north of 30% and the fact terrorists could use it, scientists and governments understand that they can’t simply destroy all the variola. However, there are only two sites in the world that WHO permits to keep a stockpile: the CDC in Atlanta and the State Research Center of Virology and Biotechnology in Koltsovo, Russia.