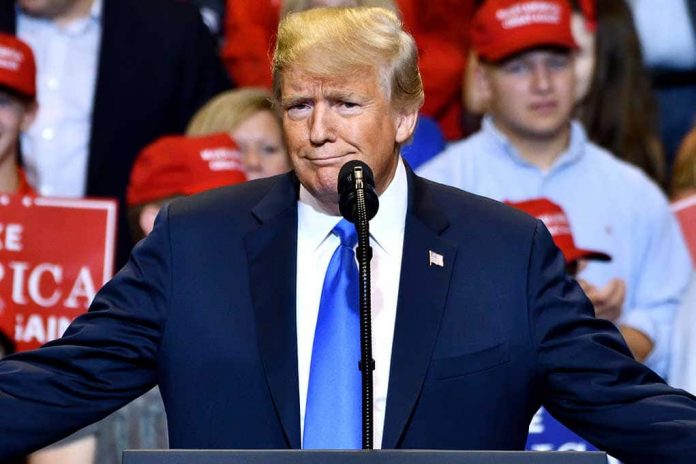 (ConservativeStar.com) – In 2022, voters in North Carolina will go to the polls to choose who they want to fill the seat of retiring Senator Richard Burr (R). This mostly hypothetical field consists of eight contenders — as of April 15 only former Representative Mark Walker and ex-Governor Pat McCrory had officially announced campaigns — but one name rose to the top: Trump.

No, not Donald. Rather it’s his daughter-in-law Lara who was added into the mix by the polling firm Cygnal, a group that services the needs of their typically Republican client base. With 32% of the respondents saying they would vote for her, she holds a hypothetical 18% lead over Governor McCrory (14%). She also had the highest favorability rating among voters at 66.6%.

There’s no doubt that the Trump name carries a lot of weight among Conservatives; his endorsement is highly sought after. Seeing Lara’s name on the ballot would heighten even that. Kellyanne Conway may have said it best: one “who’s also named Trump has a humongous advantage.”