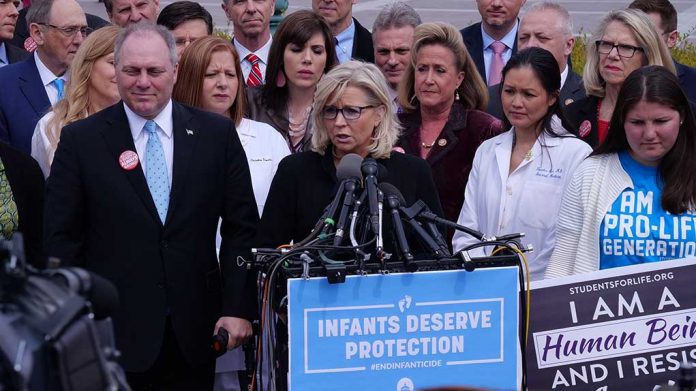 (ConservativeStar.com) – When it comes to getting elected to a political office, it all comes down to numbers — the winning candidate has to get one vote more than their opponent. Keep these numbers in mind when reading the rest of the story: 74,223,369 and 52%.

Representative Liz Cheney (R-WY) was the third-ranking member of the Republican Party in the House of Representatives as the Conference Chair — right up until they removed her for voting to impeach President Donald Trump. She’s running to maintain her seat in the 2022 midterms by trying to paint herself as a “true” conservative in a party that needs to “rebuild” itself.

To move forward, the Republican Party has to get back to embracing ideas, policy, and substance.

We have to focus on the kinds of things that characterize Wyoming values like limited government, low taxes, & a strong national defense. pic.twitter.com/RuGdKWnIlx

Now, about those numbers. The former is the number of votes that President Trump received in the 2020 election. To put that in perspective, President Barack Obama had 69,498,516 in 2008. In elections, 52% of the vote means victory. In Cheney’s case, that’s the number who said they would vote against her, according to an early May survey.

Yet, she thinks she has a chance of returning to Capitol Hill after betraying President Trump. As talk show host Conan O’Brien once quipped, “When all else fails, there’s always delusion.”