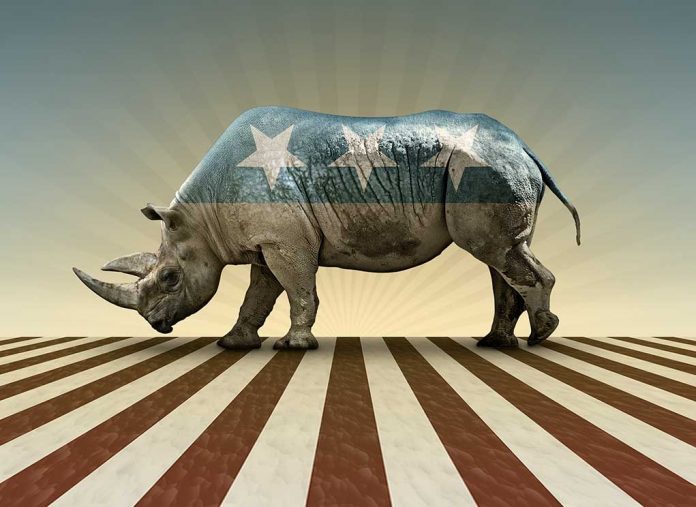 She remains defiant regardless of her ouster, which was primarily caused by her vote in favor of impeaching the former president in January 2021. She claims she will remain in the GOP and be a leader in a “flight to restore our party” and even indicated she might attempt a presidential run in 2024 to keep Trump from a second term if he chooses to throw his hat into the ring.

Liz Cheney: “I intend to be one of the leaders in a fight to restore our party,…and make clear we won't participate in a really dangerous effort….It's a battle we have to win because it's not just about the Republican Party, it's about the country."https://t.co/fmFnKXvRwT

Her claims seem like so much bravado in the face of the fact that approximately 75 million Republican voters cast their ballots for the man she is belittling. Another sign she’s not right is her plummeting poll numbers, including that same demographic overwhelmingly (65%) approving her removal in a Yahoo survey. On the flip side, 65% of the Democrats in the poll said she should remain in her office, so perhaps she should rethink staying in the party if she wants to remain in politics.