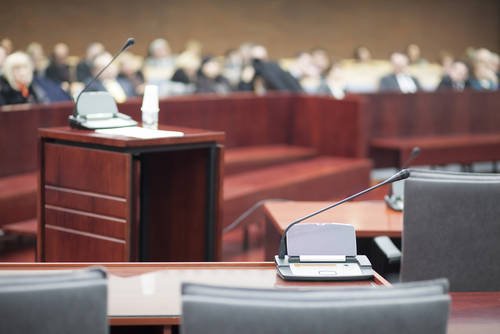 Alex Murdaugh, a once-powerful lawyer, pleaded not guilty to murdering his wife and son 13 months ago, but agreed to remain jailed without bond because he can’t afford to put up cash for his release pending trial.

The victims of this murder were his wife, Maggie Murdaugh, 52, and their youngest son, Paul Murdaugh, 22. Maggie and Paul Murdaugh were found dead at their family’s property in Islandton, South Carolina.

High-velocity blood spatter found on Murdaugh’s clothing could place him at the scene of the killings of his wife and son, and a phone recording of Alex Murdaugh talking with his wife may prove key to the investigation.

Alex Murdaugh has been behind bars since October, charged with financial crimes and several other misdeeds, but he wants to stand trial within the next three to four months to show that investigators targeted the wrong man.

Murdaugh is charged with two counts of murder and two counts of possessing a weapon during a violent crime. Authorities have released no evidence linking him to the deaths of his wife and son, and the hearing Wednesday provided no clues as to why he might have wanted to kill his own family members.

The four new indictments added to the pile of 80 charges against Murdaugh, who was charged last month with co-running a $2 million money laundering and drug ring.

South Carolina authorities opened an investigation into the death of Murdaugh’s housekeeper Gloria Satterfield last year, after which they reopened the investigation into a 19-year-old’s unsolved death. Murdaugh faces dozens of charges accusing him of stealing money from clients.

For more information on this case, consider the news outlets listed below.