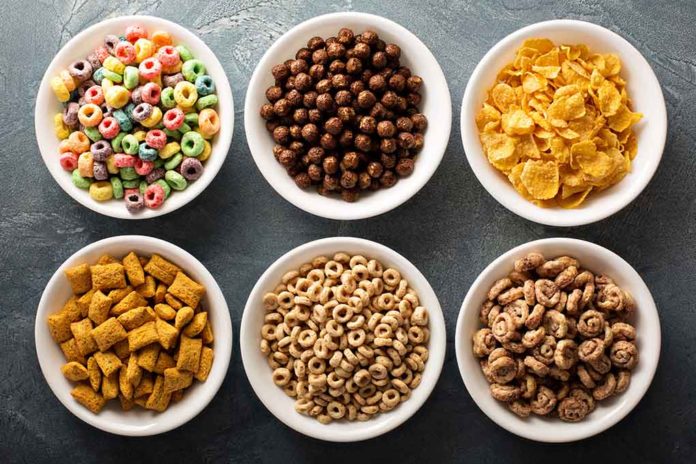 (ConservativeStar.com) – A Michigan man has been convicted of murdering his wife in 2014 after police worked out the answer to a five-year-old mystery.

On September 29, 2014, Jason Harris of Davison, called a neighbor to say he was worried about his wife. She’d been unwell the night before, he said – so sick that she’d dropped a bowl of cereal he’d poured for her. When the neighbor went round to check she found 36-year-old Christina Harris in bed, dead of a heroin overdose.

Jason Harris from Michigan was convicted Wednesday of spiking his wife's cereal with heroin in 2014, which led to her death. https://t.co/EDit3v9elz

That news was a surprise to Christine’s friends. They’d had no idea that the health-conscious and devoted mother of a four-month-old used any drugs, never mind heroin. The police had their doubts too, especially when Jason Harris moved another woman into his home weeks after his wife’s death and pocketed a $120,000 life insurance payout, so they kept the file open.

They tested samples of Christina’s breast milk and found it was drug-free. They found thousands of texts between Harris and his new girlfriend, sent before his wife’s death. And they wondered why, whenever Harris talked about the last night of Christina’s life, he mentioned that bowl of cereal.

In August 2019, they worked it out. Harris’s coworkers said he often talked about “getting rid” of his wife – a suggestion of divorce, they thought. However, investigators found that he’d tried to hire two different people to kill her. Finally, when she asked for a bowl of cereal, he sprinkled it with heroin and gave her a fatal overdose.

On August 27, 2019, he was arrested. On November 17, he was found guilty of first-degree murder and faces a mandatory life sentence. It turns out he wasn’t talking about divorcing his wife after all; it’s just a pity nobody took him seriously before it was too late.