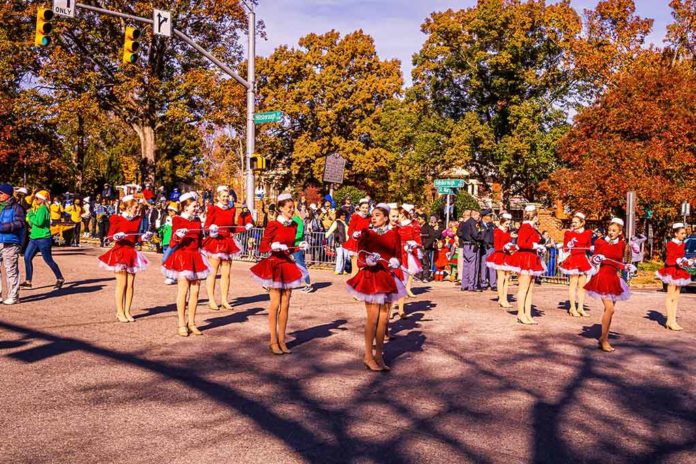 (ConservativeStar.com) – Authorities arrested Darrell Brooks, 39, for allegedly driving the SUV that sped its way through a Christmas parade in Waukesha, Wisconsin. The incident killed 6 people, including an 8-year-old boy, and injured more than 60 others. Even though his motive is unclear, Police Chief Daniel Thompson maintains when Brooks drove through barricades set up to block off the parade route and turned the street into a killing ground, it was intentional.

The question of why may be unknown, but Brooks has a history of run-ins with the legal system involving acts of violence. He was reportedly involved in a knife fight just before causing this carnage.

NBC News: The person of interest in the Waukesha, WI vehicle incident — which has killed 5 and injured over 40 — was fleeing a knife fight at a nearby park before plowing into a Christmas parade, 5 senior law enforcement officials say.

Less than a month before killing and maiming parade attendees, police arrested Brooks for allegedly using a car to run over a woman, sending her to the hospital as well. In that case, the Progressive Milwaukee prosecutor, John Chisholm, a well-known bail reform activist, sought bail of only $1,000 cash. Chisholm now admits it was too little, especially because Brooks had jumped bail after an arrest for punching his girlfriend in the face in July 2020.

Waukesha has held the parade annually for decades but canceled last year due to the COVID-19 pandemic, meaning anticipation for the festive event was high. But hope turned into horror when a man who should have been in a jail cell wasn’t because of the policy of a Leftist activist.

While Brooks stands accused of the crimes mentioned here, he awaits trial for the charges. He is guaranteed the presumption of innocence and is merely a suspect until or unless a jury says otherwise.