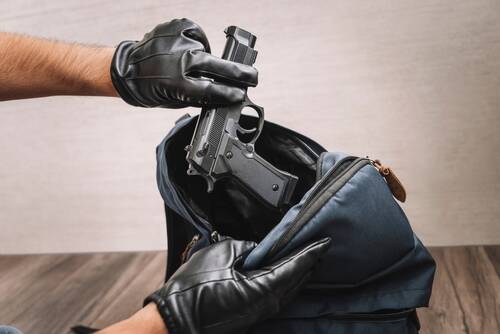 A Minnesota man was arrested Wednesday for allegedly expressing admiration for mass shooters. The Justice Department reported that he attempted to purchase hand grenades and a firearm component that would allow him to convert an AR-15-style rifle into an illegal machine gun.

According to the complaint, Smith expressed sympathy for the Parkland school shooter and called the person charged with the recent shooting at a Colorado Springs LGBTQ nightclub a hero. He also said he was pro-mass shooting during an FBI investigation.

“Smith stated that he was preparing to fight the police and was dedicated to dying in that fight,” the Justice Department said.

A government informant arrested Smith on Wednesday after he allegedly purchased three hand grenades and four illegal machine gun conversion parts. During his arrest, he wore soft armor and carried a loaded handgun.

A retired police officer who works at a gun range Smith frequented reported Smith to the FBI in September. According to his complaint, the retired officer saw Smith do rapid reload exercises and shoot hundreds of rounds of ammunition in a brief period of time while wearing plated armor designed to stop bullets.

As part of the investigation, Smith made statements to a confidential government source expressing racism toward Black people and an “intense dislike” of minorities, Jewish people, and gay people.

A second government source said he had previously expressed interest in joining a neo-Nazi group.

The defendant made his initial appearance in U.S. District Court on Thursday. He will remain in custody while further proceedings are conducted.