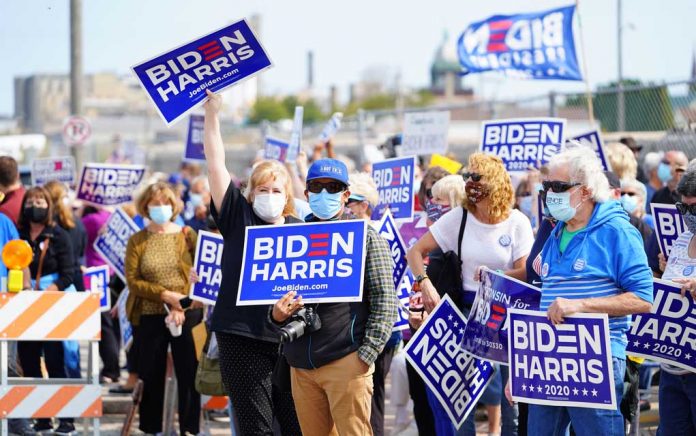 (ConservativeStar.com) – Just weeks before the recent election, Dr. Anthony Fauci who is the infectious disease expert at the CDC warned President Donald Trump that his large campaign rallies were “asking for trouble.” He was concerned about the so-called “superspreader events,” but perhaps his lack of criticism for certain recent mobs means the danger has passed — it hasn’t, but read on.

White House Press Secretary Kayleigh McEnany shone a spotlight on the Liberal hypocrisy over their deafening silence on the (premature) “victory” celebrations for presidential candidate Joe Biden. Mainstream media sources almost seem to be gloating over the masses of people standing shoulder to shoulder in open squares around the country, clearly ignoring the 6-foot social distancing guidelines.

And suddenly people gathering in large crowds and not social distancing is no longer considered irresponsible by the media https://t.co/JisiiJJr78

It would be unreasonable to expect huge, apparently spontaneous gatherings to maintain that kind of distance, but it is beyond the pale for those in a position like Dr. Fauci to fail to issue the same warnings.