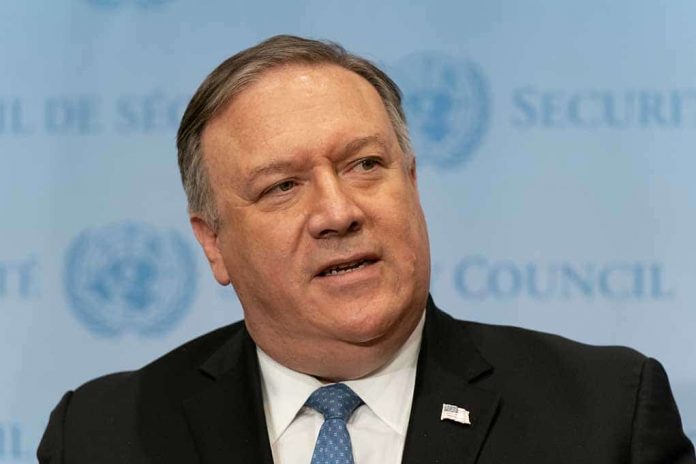 (ConservativeStar.com) – At times, pundits have dubbed President Joe Biden’s administration as “Obama 3.0.” They claim he’s simply riding the coattails of the latter’s policies that were put in place while he was merely the vice president. Former Secretary of State Mike Pompeo appeared on the “Real America” podcast to discuss the Biden admin allegedly kowtowing to the Islamic State of Iran.

“.@mikepompeo warned that the decisions in the Middle East ‘will impact us here at home as well.’"

Listen to more from Former Secretary Pompeo and @GOPChairwoman on the #RealAmerica podcast. https://t.co/h5zrBAlQ1whttps://t.co/d2fw5LRtXQ

The former secretary gave an example of the Muslim state’s penchant for funding and training terrorists. Specifically, the Houthi tribe in Yemen who’ve also allegedly received help from the Iranian-sponsored Hezbollah terrorists.

The official website for the Department of State lists only four nations as “state sponsors of terrorism” and Iran is one of them.

Another topic covered included where a lot of the country’s cash to fund these groups may have come from: when the Obama administration sent them “pallets of cash.” CNN published a story in August 2016 confirming they paid $400 million in “Swiss francs, euros, and other currencies” and also noted the outrage from Republicans.

The upshot of all this, according to Pompeo, is that President Biden is making this “the ninth year of the Obama Biden administration’s effort” to raise this destabilizing country to America’s top “partner in the Middle East.” He also notes the danger this could pose to the country’s staunchest ally in the region, Israel. That’s a big concern considering that the nation’s Supreme Leader once called the Jewish State a “cancerous tumor.” Let’s hope the president gets it together and starts to put America and its allies first.