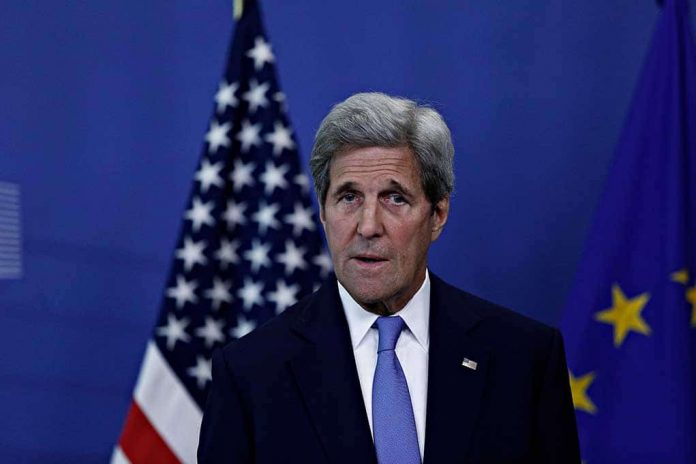 (ConservativeStar.com) – President Joe Biden’s climate czar, John Kerry, is once again unfavorably in the news. And, once again it has to do with Iran. The New York Times reported about an alleged audio recording wherein Iran’s Foreign Minister Mohammad Javad Zarif stated he received information from Kerry regarding airstrikes against Iranian troops in Syria by the Israeli Air Force.

Among those demanding an explanation about this is Mike Pompeo, who served as secretary of State under President Donald Trump. Pompeo wants to know exactly what was said and when it happened. This isn’t Kerry’s first shady contact with the Islamic Republic, he was the main point of contact for the Obama administration in the deal that saw over $150 billion go to the world’s largest state sponsor of terrorism.

Secretary Kerry, can you please explain to the American people why you disclosed information about Israeli operations to Iranian FM @JZarif? We’ve known for years you were helping him. Americans deserve to know why.https://t.co/pG6eeazR5S

Pompeo believes the former secretary of state should explain why he was ever meeting with Iran in the first place. Other Republicans are calling on Kerry to resign from his position in the Biden administration. Kerry has denied all of the allegations against him.