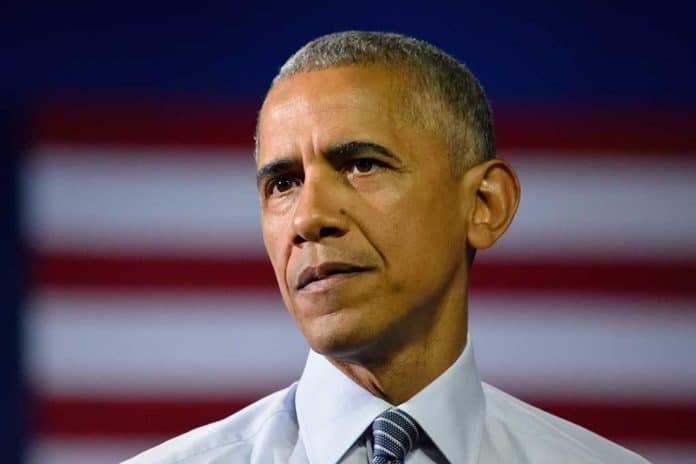 (ConservativeStar.com) – Special note: since these comments were made by Hagar Chemali Russian President Vladimir Putin has launched a full-scale invasion of Ukraine. One unnamed senior American defense official says his rapid push to the nation’s capital, Kyiv, is an attempt to decapitate the current government.

Hagar Chemali, a political commentator who served in high-level positions in the administrations of both Presidents George W. Bush and Barack Hussein Obama, appeared on MSNBC’s “Deadline: White House.” She placed the blame for Putin’s recent aggressive stance during President Joe Biden’s administration at the feet of President Obama.

During that administration, in 2014, the Russian Federation pulled off a military “annexation” of the Crimea region and began to support separatist forces in the Donetsk and Luhansk areas of Ukraine. Collectively known as Donbas, Ms. Chemali said that it was Obama’s “relatively weak response” to these events that have led to today’s problems with Putin and may end up emboldening another Communist dictator in the region.

She believes that it is likely that this push in Eastern Europe could spur the same kind of actions from Chinese President Xi Jinping as it relates to Taiwan — or as the communist leader sees it, the province-in-rebellion of Taipei. Within hours of Russia’s push into Ukraine, Beijing sent a flight of nine aircraft into the island’s air defense zone.

What is your opinion? Does Ms. Chemali have the right of it? Would the Russian President have been more cautious if President Obama had taken a firmer hand?