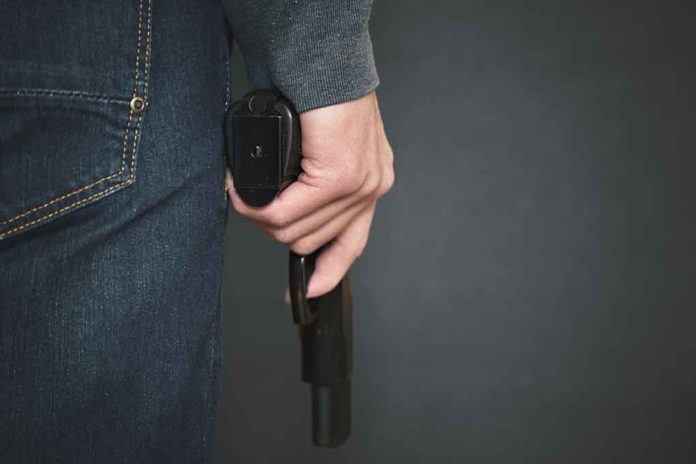 (ConservativeStar.com) – House Democrats have established a farce called the “Select Committee to Investigate the January 6th Attack on the United States Capitol,” a so-called “bipartisan” group made up of seven Liberals and two RINOs. The goal is largely to make noise about the all-encompassing violent Conservative supporters of former President Donald Trump using the liberal media as their mouthpiece. Now, one liberal newscaster appears to be calling for more violence.

MSNBC personality Tiffany Cross took to the airwaves to declare an ongoing war and for those on the Left to “pick up a weapon.” Considering the Left’s loathing of anything weapons-related, this seems like an odd turn of phrase.

"It is a war. AND EVERYBODY NEEDS TO PICK UP A WEAPON." — MSNBC host @TiffanyDCross

Cross is no stranger to misinformed ranting, for example according to Fox News, she said Kyle Rittenhouse, who had just been acquitted by a jury in Wisconsin because he acted in self-defense, is a “little murderous White supremacist.” Apparently, she missed the fact that the three men who were shot were also white — that, or she simply didn’t care. Ignorance or being intentionally obtuse, the end result is the same, inflaming viewers.

So where are the Liberal pundits who scream over anything gun-related? The sound people are hearing from the mainstream media and politicians from the Left is called a deafening silence, the kind that leaves one’s ears ringing.

Some people replied to the above tweet with humor, like one user assuring the world that Cross meant a war of words with her weapon of choice being a thesaurus. But that’s definitely not what she said.