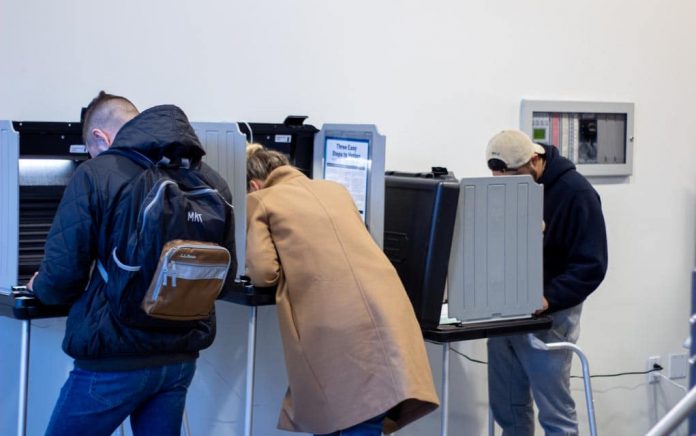 (ConservativeStar.com) – One of the biggest scandals to emerge from last November’s elections was the role of Dominion Voting Systems and the machines they’ve sold to hundreds of counties across the US. Now, there’s fresh evidence of how the political establishment is allegedly enriching itself through the sale of those machines – without caring what harm it does to our democracy.

On December 17, investigative reporter Paul Sperry revealed that a $107-million contract for Dominion voting machines, signed by Georgia in late 2019, was negotiated by lobbyists named Jared Thomas and Lewis Massey. The significant point here is Jared Thomas used to be chief of staff to Georgia’s Governor Brian Kemp (R), and Massey is a former Georgia secretary of state.

Another relevant fact is Georgia had budgeted $150 million for 30,000 new voting machines, but saved $43 million thanks to Dominion’s low bid. Did Dominion bid so low to ensure they’d get the contract and be able to install their machines – which forensic audits in Michigan and Nevada found are allegedly unreliable and can reportedly be programmed to shift votes from one candidate to another – before the crucial 2020 election?