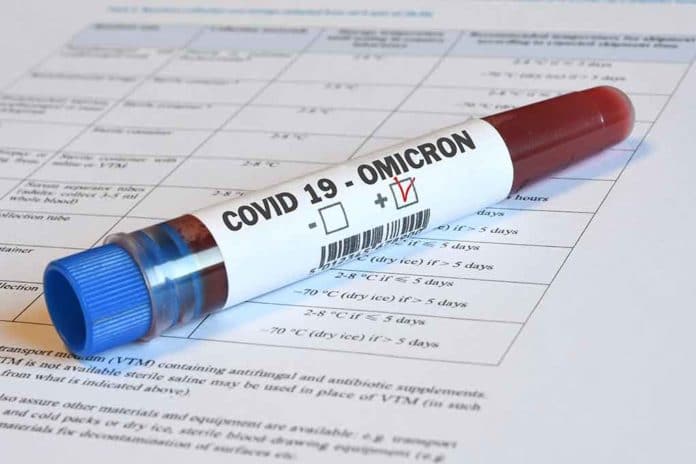 (ConservativeStar.com) – Raquel Viana, a researcher in South Africa, was performing gene sequencing on samples of the COVID-19 virus and discovered a series of mutations she didn’t expect. The world now knows them as the Omicron variant. That was towards the latter part of November 2021. After the first week in December, experts warn it’s too early to make any long-term predictions, but there does seem to be at least one bright spot.

In the immediate aftermath of the discovery, countries worldwide, including the United States, quickly initiated travel bans for South Africa and surrounding countries due to some unanswered questions. What the world wanted to know is if Omicron is going to be bad enough to flood hospitals again?

The analyses done by research teams around the world on the available data from the first surge seem to indicate the symptoms aren’t as severe as seen in previous variants.

As an example, at an after-work Christmas party in Oslo, Norway, officials said approximately 120 people tested positive for the virus after the event. All are believed to be the Omicron variant — though as of December 7, lab tests had only confirmed 13 cases officially. It’s believed that a single individual who had just returned from Cape Town, South Africa, was the source of the infection. Doctors in Norway say symptoms include fever, tiredness, coughs, and headaches but nothing as serious as patients seen over the summer of 2020.

Even with these reports, there’s a reason some experts warn against getting too far ahead and declaring that this is definitely a much milder version of the bug. As quoted in the New York Times, Jennifer Nuzzo of Johns Hopkins University said at this point in time, they don’t know “how this will play out if or when older and more vulnerable people become infected.” Experts are also warning that because the new variant spreads more easily it likely will lead to increased hospitalizations.

Typically, when someone recovers from the effects of the virus or receives a laboratory-made vaccine, they build up an immunity to it, however, that’s not, nor has it ever been, a 100% guarantee. For example, many believe a person can only contract chickenpox once in their lifetime, but that’s not true. Although rare, it’s possible to break out in those itchy scabs more than once.

During an interview on CNN, epidemiologist Dr. Salim Abdool Karim said, “it looks like past natural infection does not seem to be protecting to any significant extent from Omicron infection.” As for people who received one of the available vaccines, he added that while they are seeing breakthrough infections, there’s simply not enough data available to make any future forecasts.