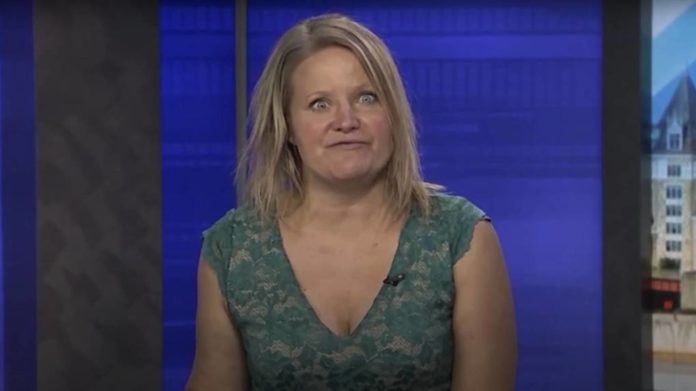 Heather Kovar, who worked for CBS affiliate WRGB of Albany, New York, was clearly out of sorts during a 6 p.m. broadcast on Saturday. She stammered and slurred her words as she attempted to deliver the weather newscast.

This CBS6 Albany anchor was suspended after appearing in disarray on air. She also struggled to report on high temperatures and heat waves across certain areas of the country.

When she tried to pass the story along to the meteorologist Craig Gold, she got his name incorrect. She instead called him Craig Adams, who is another CBS weatherman.

Viewers expressing concern over train wreck of local evening newscast out of Albany. Anchor Heather Kovar appeared disheveled, misspoke, and slurred her words for the entire newscast. Here, she tries to set up the weather and toss to the meteorologist, who’s name she gets wrong. pic.twitter.com/70jwwvykKt

On Friday, the station notified her she would not be renewing her contract, and that she will remain off-air for the remainder of her contract. She claimed to have been reporting since 6:00 am that morning, and was supposed to continue broadcasting until 11:00 pm. Considering how poorly the 6:00 pm newscast went, another anchor filled in for her later in the day.

To watch this newscast, check out the links listed below to see it for yourself.