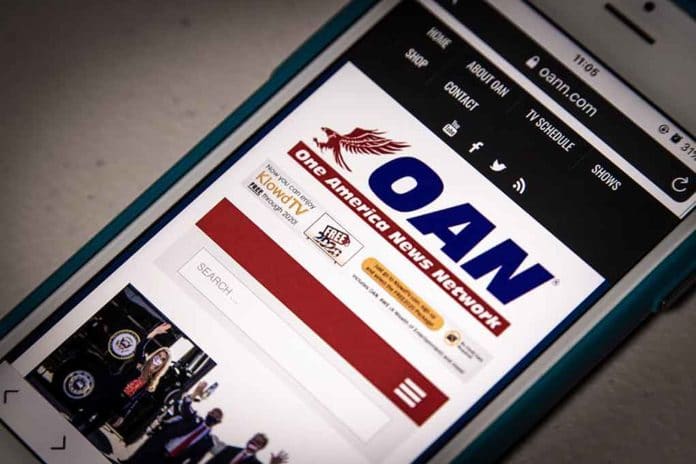 (ConservativeStar.com) – One America News Network (OAN) was founded as a counter to the massive number of Liberal-dominated broadcast media outlets. It remained a staunch backer of President Donald Trump throughout his time in office and during the 2020 presidential election season. But, it turns out, if you’re a subscriber of DirecTV, you won’t be able to watch OAN after April — and the former president isn’t happy about that.

DirecTV (of which AT&T holds a 70% stake) has informed Herring networks Inc. — OAN’s parent company — they will not be renewing the outlet’s contract when it expires in April of this year. This news comes after liberal groups asked the company to de-platform the news network, claiming they spread misinformation, in a November letter.

Speaking at a rally in Florence, Arizona, President Trump addressed the matter by telling the crowd this was just another example of the Left’s continuing attacks on conservative voices. in typical fashion, he didn’t pull any punches. While he didn’t call for a boycott of AT&T, he strongly implied that it might be a good idea.

Fmr. President Donald Trump teased talk of a boycott of AT&T for its "woke" executives succumbing to cancel culture with their Friday announcement they plan to drop OAN from their DirecTV lineup. https://t.co/mgFUj4msSL

Other conservative lawmakers seem to agree with the former commander-in-chief with Representatives Jim Jordan (R-OH) and Lauren Boebert (R-CO) both went to their Twitter accounts to express their displeasure.

.@DIRECTV is cancelling @OANN so I just cancelled my home Direct TV. Why give money to people who hate us?

Senator Rand Paul (R-KY) also took to the social media platform and announced he’s canceled his DirecTV subscription, asking, “Why give money to people who hate us?”

That’s a question for readers to consider: is AT&T making a move against Conservatives or is it simply a normal business decision?