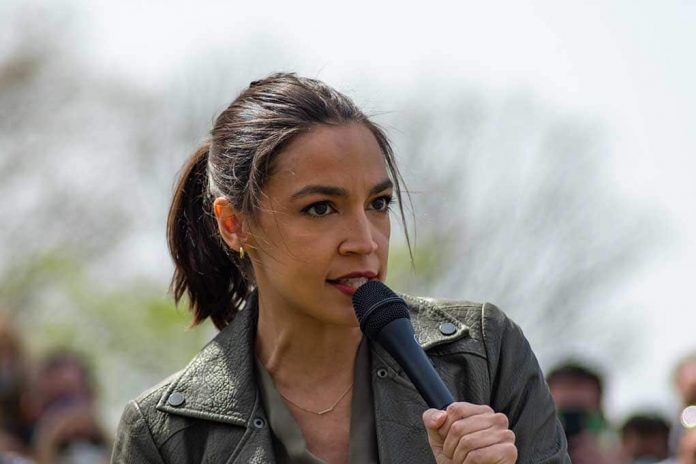 (ConservativeStar.com) – Representative Alexandria Ocasio-Cortez (D-NY) — aka AOC — decided she’d rather be home in New York City rubbing elbows with the rich and famous at the Met Gala than in her office on Capitol Hill on Monday, September 13. She attended the event as a guest of the Met and didn’t have to pay the $30,000+ entry fee. Now, she’s facing a call for an investigation regarding potential violations of federal ethics.

The bipartisan American Accountability Foundation (AAF) filed a complaint against the congresswoman.

We filed a formal complaint against AOC for her blatant ethics violations at the NYC Met Gala.

Her $35,000 ticket and custom designer gown fail to meet any definition of "official duties," and warrant a full investigation into her attendance.https://t.co/TeHmAykWrI

The congresswoman attempted to play this off as part of her duties for her home district (New York’s 14th), tweeting “before haters get wild flying off the handle, [politicians] are routinely invited… due to our responsibilities…” As the ethics complaint points out, if that’s her excuse, it fails on several fronts. For example, it violates the House Ethics Guidance that says the event must “be open to the public or to a wide range of individuals,” which the Met Gala certainly is not.

The AAF also said that she would have needed a “permissible exemption” to accept the ticket for the gala because it was such a “lavish gift.” There are no indications she received that exemption.

Neither AOC nor Democratic House leadership has responded to the complaint.