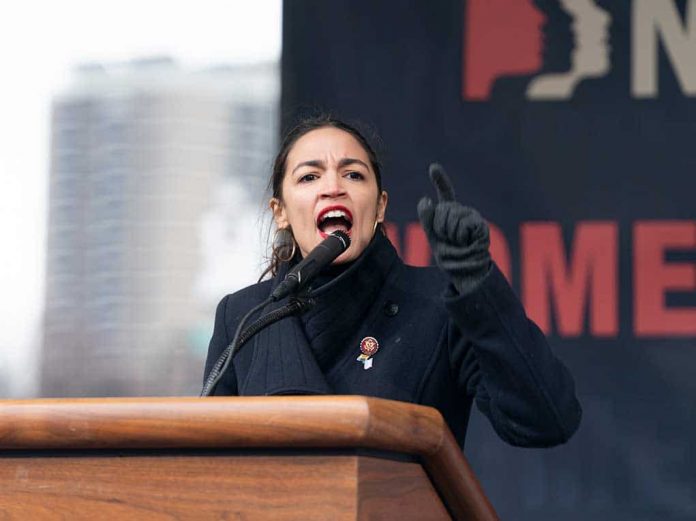 (ConservativeStar.com) – Like most Liberals, Representative Alexandria Ocasio-Cortez (D-NY) has a sense of the overly dramatic hyperbole of a high school sophomore — not someone in their second term in Congress. Once again, she turned her wit upon former President Donald Trump and Senator Ted Cruz (R-TX).

AOC accused Trump and Cruz of “reminiscing over attempted coups” while they talked strategy for the 2022 election cycle over dinner.

Nothing like reminiscing about attempted coups over a bouquet of flowers 👹👹 https://t.co/klW3pSRxp8

This is the same woman who overreacted to being on Capitol Hill during the riots of January 6, 2021, when Senator Cruz commented on one of her tweets by responding to him “… you almost had me murdered…” During an official trip to a border patrol facility in El Paso, Texas in July 2019, witnesses said she “screamed at federal law enforcement agents in a threatening manner.”

Unfortunately, instead of spending her time on the Hill working on her attempts to foist her agenda upon the country, she continues these kinds of petty attacks. Perhaps President Trump did not take up residence at Mar-a-Lago as everybody believes, because it seems like he’s living right inside AOC’s head.