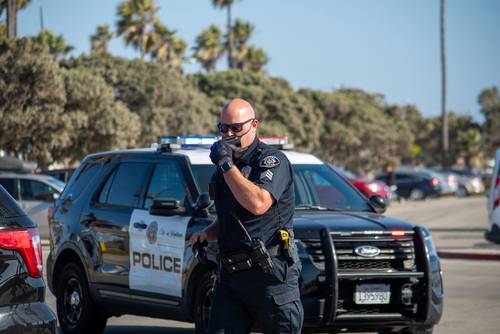 Cari Allen, 43, of Omaha, Nebraska, vanished on Saturday night around 11 pm. A search warrant was served in Topeka, Kansas in connection with the case, but no arrests have been made.

Police are still searching for Cari Allen, the missing Nebraska mother who disappeared nearly a week ago. They searched the home of an Aldrick Scott in Topeka, Kansas, but found no evidence that connected Scott to Allen’s disappearance.

Police have ramped up the search for this Nebraska mother who mysteriously disappeared nearly a week ago. They explored the possibility that a man living in Topeka, Kansas, may have killed Cari Allen.

The investigation turned this direction due to a disturbing 911 call. Someone accused a man at the Topeka address in question of killing his girlfriend. Due to this call, Topeka resident Aldrick Scott was brought into question and his home was searched by police.

However, the investigation still remains inconclusive. Police would not confirm if he was involved with Allen or connected to her disappearance.

The DCSO is actively pursuing all possible leads in regards to the Cari Allen missing person case. There is no public safety danger to the citizens of Douglas County.

Allen ran a program at Vodec, an organization that provides services for people with disabilities. Friends and neighbors described her as friendly and outgoing, and said she was often seen outside her home mowing her lawn.

There is an elaborate process involved in a missing persons’ investigation such as Cari Allen’s. If the missing adult hasn’t contacted anyone, the police will go back to the last known location and try to find out why they were missing.

Anyone with information regarding the 43-year-old woman’s location is asked to contact the Douglas County Sheriff’s Office tip line at 402-444-6000, or call 911.