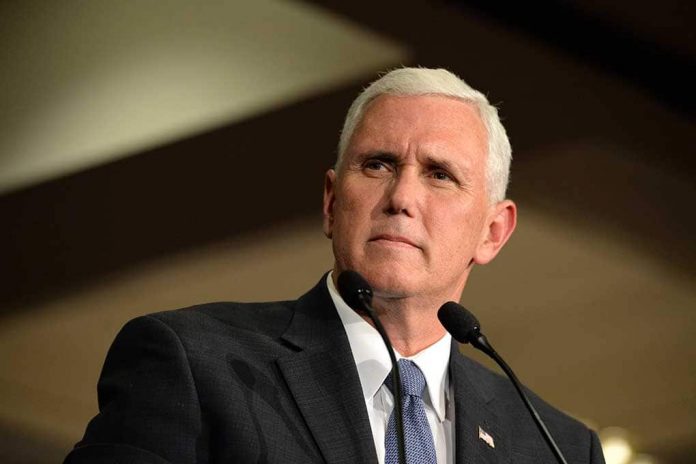 (ConservativeStar.com) – On Wednesday, July 14, Pence declared that China is well on its way to becoming an “evil empire,” potentially posing a greater threat to America than the former Soviet Union during the Cold War era.

China may not be an evil empire at the present moment, Pence cautioned, but it is “working hard every day to become one.” He added that China posed the greatest risk of any nation on earth to American values, prosperity, and security.

Pence: China may not yet be an evil empire, but it’s working hard every day to become one. https://t.co/6YfHLkZlsM

Former President Donald Trump took a hard-line approach when it came to dealing with China. To a very real extent, US-China relations served as the linchpin of his “America First” policies. Therefore, it comes as no great surprise that former Vice President Mike Pence is speaking out about the dangers brewing in China.

The former VP called on President Joe Biden to take a more aggressive approach to Beijing’s “neocolonialism” and not give up on finding the source of the COVID-19 virus.

Curiously, China policy is the one place where Biden appears to agree with Trump. He dismantled many of Trump’s energy and economic policies and all but wiped out his approach to border security. However, he left Trump’s economic sanctions in place with the communist country. Additionally, the Commerce Department has continued banning companies for human rights abuses, including the use of forced labor.

It’s good to see Biden and Pence both appearing to support Trump’s tough approach to China. Let’s hope it stays that way.