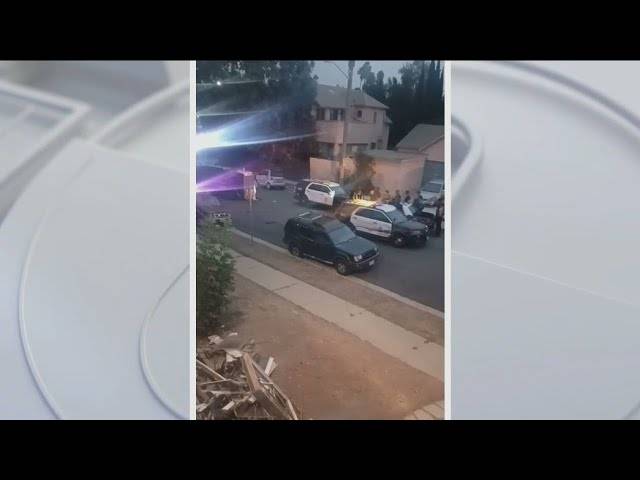 A suspect linked to a fatal shooting in Los Angeles earlier this year was arrested after dragging the victim for more than 2 miles during a police pursuit.

Police were conducting a surveillance operation when they saw the suspect get into a vehicle and leave the area. A short pursuit began and ended in a crash.

Police chased Joshua Reneau, 31, as he fled a car chase after they arrested two other suspects in connection with a robbery and shooting of three people in Reseda three months ago. Reneau allegedly carjacked an SUV but the driver became entangled in his seatbelt.

Witness Ron Holloway saw the end of the chase unfold near his home, when a large SUV drove off Florence Avenue and onto his own street, dragging a body “like a rag doll”.

The body of the carjacking victim was found roughly three houses south of the crash site in Inglewood, the department said. The victim was pronounced dead at the scene.

LAPD officers and FBI agents arrested two others suspected of being involved in the holdups and shootings. Derek Hall, 28, and Miracole Brown, 20, were both charged with robbery and murder.

For more details on this story, check out the news outlets below.