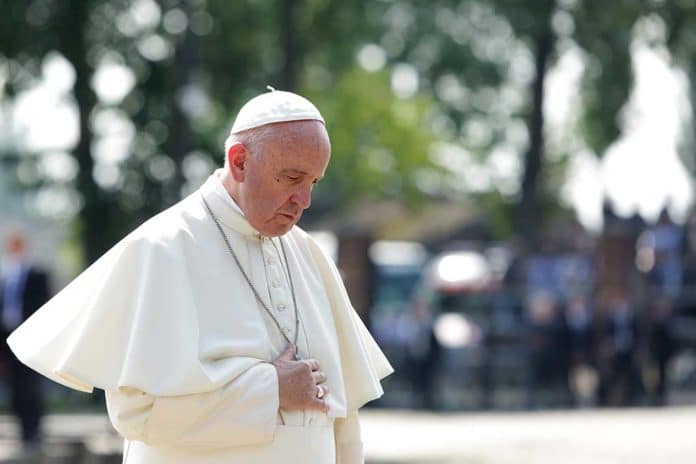 (ConservativeStar.com) – The Pope has weighed into the discussion about domestic violence, comparing men who commit violence against women to the devil. It’s the latest — and strongest — intervention he’s made on the subject over the last two years.

Pope Francis said that there was something "almost satanic" about the high number of women who had been victims of domestic violence. He has repeatedly called on society to protect vulnerable women at risk. https://t.co/quVwbePTi6

On December 19, Pope Francis appeared on an Italian TV show, discussing domestic violence with three women and a man. Talking to a woman who has been a victim of a violent partner, he said domestic abuse is “almost satanic,” because it’s carried out against someone who can’t fight back.

The Pope has talked about domestic violence several times since the beginning of the COVID pandemic. Thanks to extended lockdowns keeping families shut in together for long periods of time, there’s been a dramatic rise in abuse in many countries. Italian police say there are around 90 attacks on women every day in the country, and 62% of them are domestic.

Francis told the abuse survivor that he could see dignity in her, and praised her as “an example of resistance.” He said she was “coming out better than before.”